This day started off with a lie in.  During this trip I’ve tried to avoid wasting too much time in this way but with a busy few days it’s become an occasional necessity.  My original plan was to spend a second morning in Akihabara then meet Kyle in Asakusa.  Since I was feeling particularly tired, I skipped the first part of the plan and head out to Asakusa after an extended sleep.
The Asakusa district is one of the places in Tokyo I love to visit.  Rehashing what I’ve written in the blog for previous trips, its streets are a winding maze leading to the Sensou-ji temple and a nice marketplace. 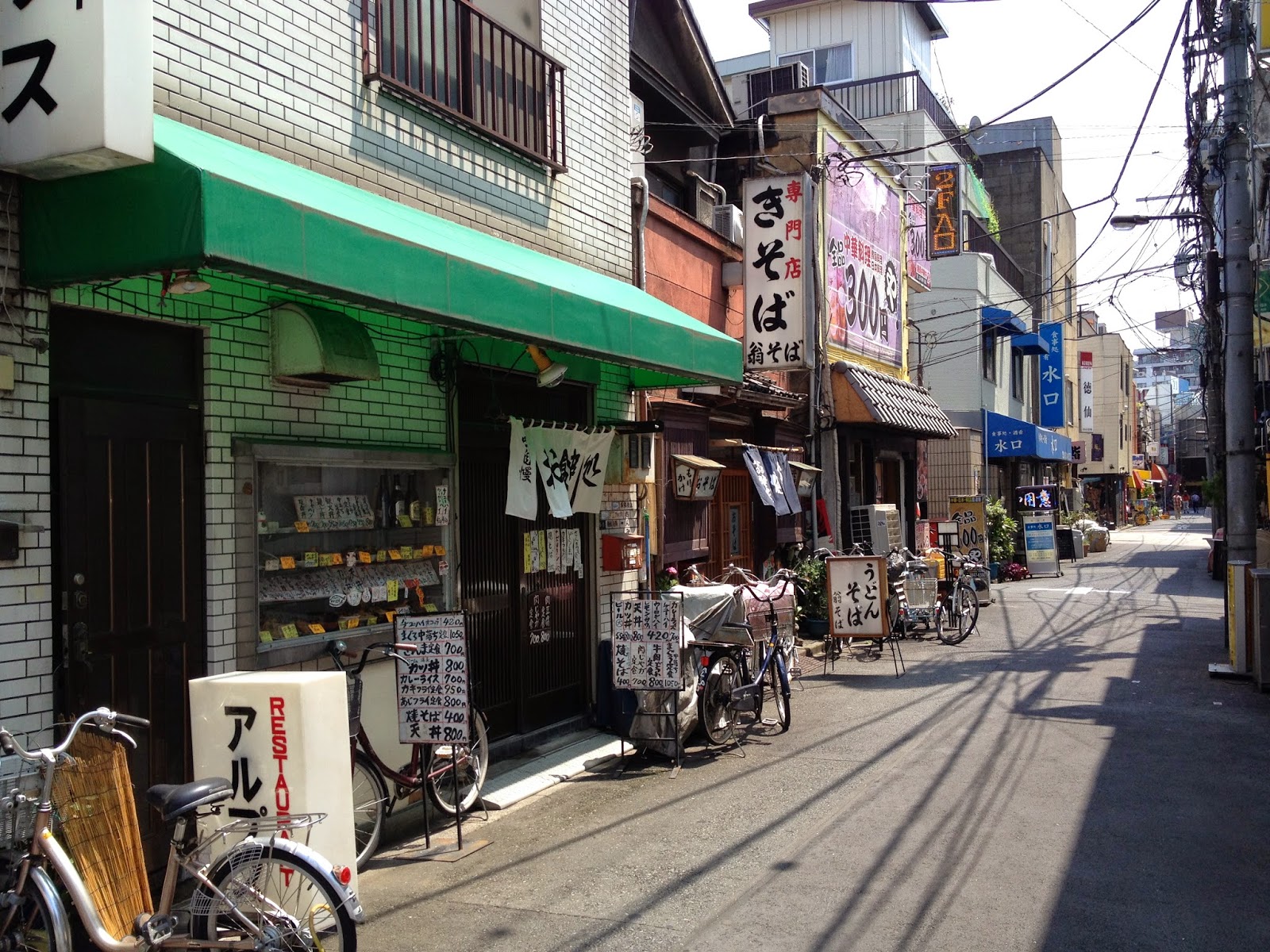 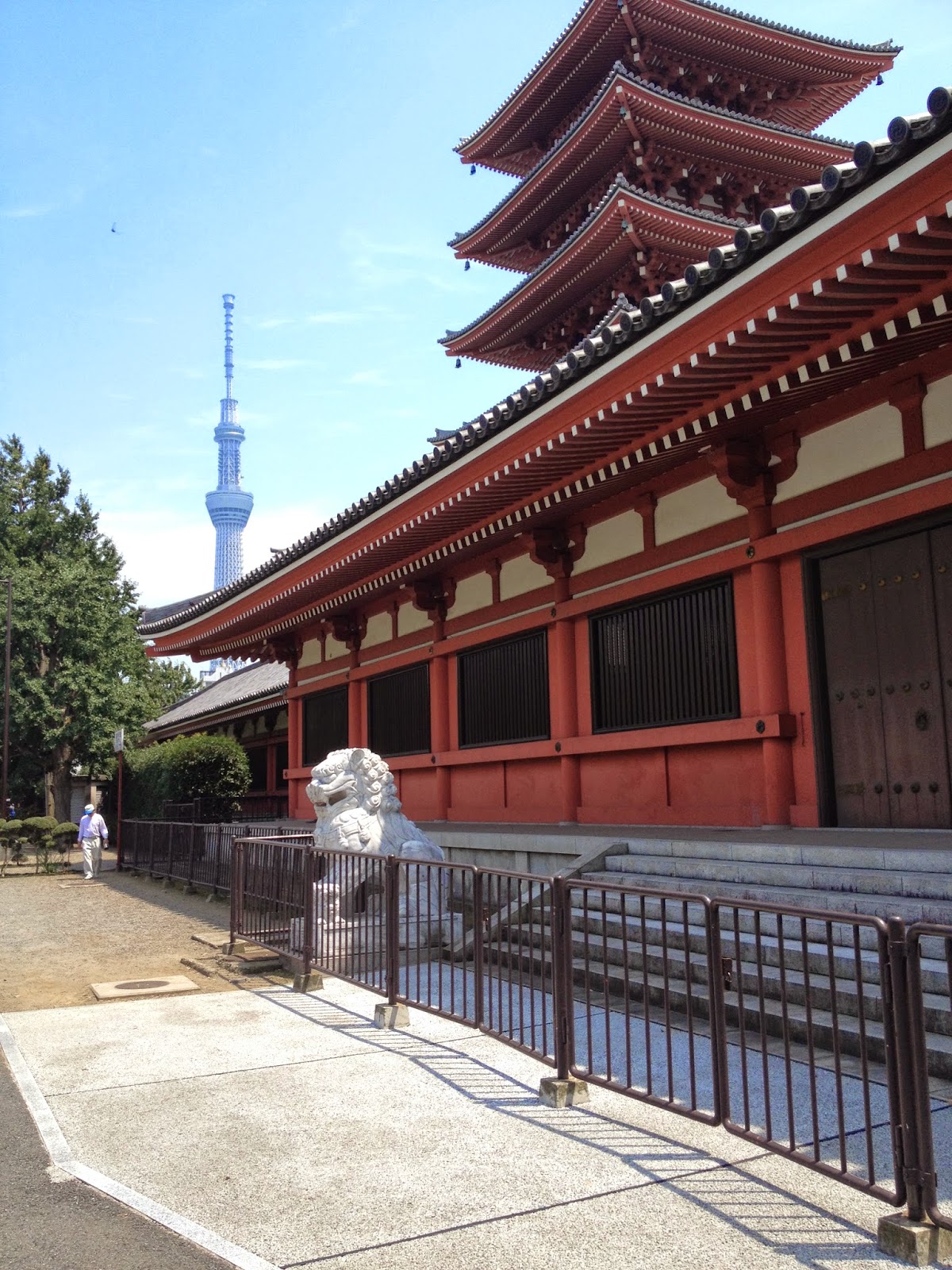 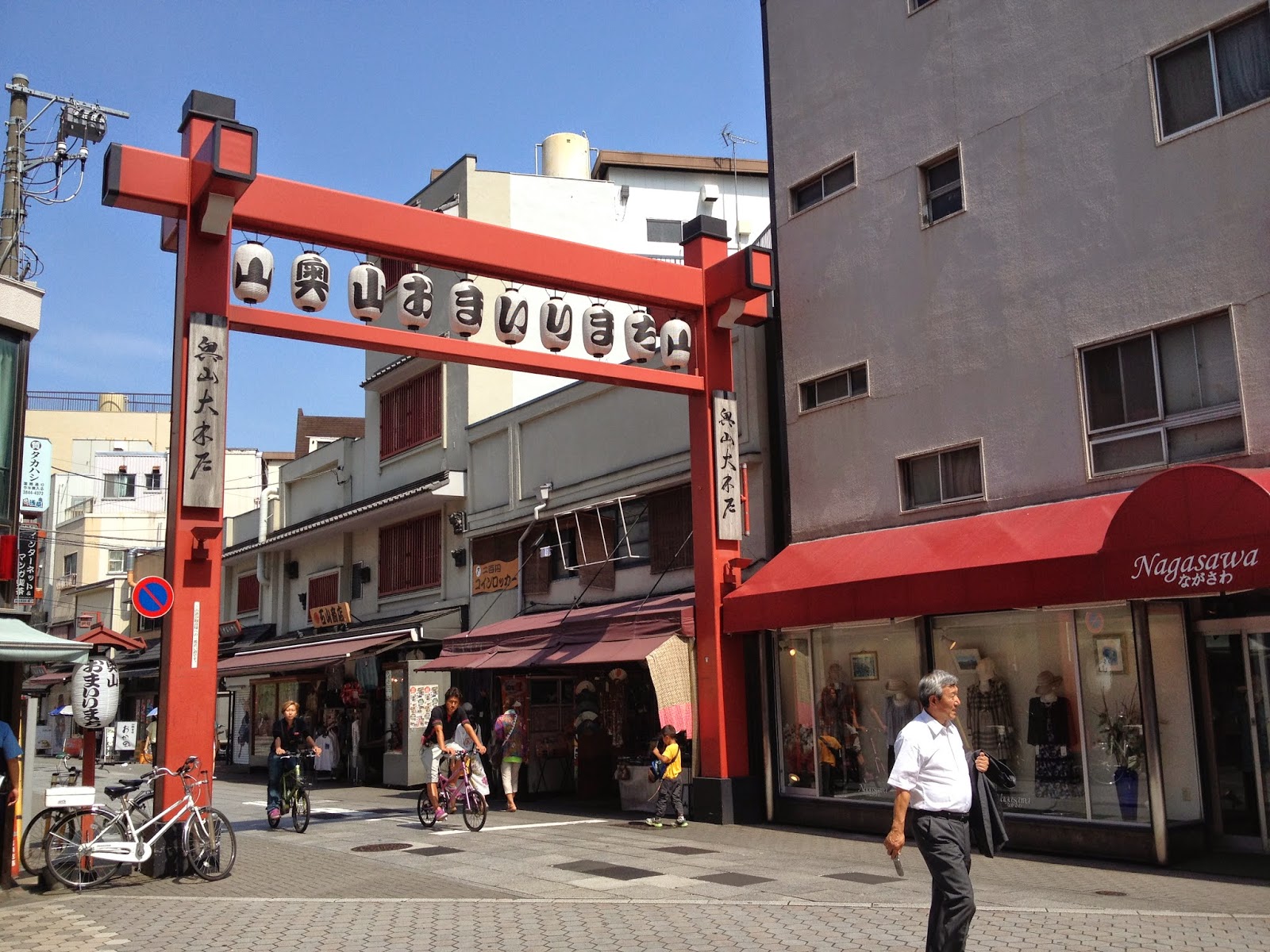 I had two objectives when visiting Asakusa this trip.  The first was to find a set of wedding dolls for my cousin who is getting married shortly after the UK.  The second was to replace the worlds unluckiest charm.  The first August I visited Kyle (back in 2012), he bought me a purple omamori from the temple.  Part of the reason for this is that it’s a Buddhist temple so the omamori has a Buddhist swastika on it (Kyle, as you already know, has a warped sense of humour). I carried it with me until the August of the following year(2013) when it fell out of my jacket pocket when I put my jacket in to the overhead storage locker on the plane (that must have confused the crew when it turned up!).  During that trip I visited Asakusa again so I decided to buy a replacement.  About a month after my return to the UK, I had that omamori in my bag at work.  The omamori was subsequently destroyed when a fire broke out at work.  At that point I did start to wonder if this was an “unlucky charm”, but I’m probably just being paranoid.  As for the second objective, my plan was to look for a few different styles of wedding doll.  I’d previously bought kokeshi dolls (wooden) for friends who were getting married so I thought I’d go for a different style if possible.
After the market, Kyle and I decided to explore a little more of Asakusa.  We eventually decided that this wasn’t such a good idea as the days weather forecast could easily be confused with that of Hell.  We clearly needed to get indoors.  With that, we decided to return to train station and head back.  That wasn’t the end of the day’s expedition.  On the way back we decided to explore Kita-Senju, another station on the Tsukuba Express line.  Kita-Senju is two stops away from Asakusa (in the direction of Tsukuba) and was therefore part of our journey back to Misato (well via Minami-Nagareyama) anyway.  It should also be noted that Kita-Senju is in Tokyo Prefecture but outside of the Tokyo Ward (the metropolitan area of Tokyo).
Arriving in Kita-Senju, we decided to check out the large shopping centre next to the station.  Before exploring many floors of shopping (the centre is 9 floors) we headed to the food court on the 9th floor as neither of us had had lunch and our stomachs were starting to become a serious noise violation.  As is the theme of most trips to Japan, I was insistent on having Ramen (despite Kyle’s groans).  After a particularly good ramen, I’d have to say nicer than the ramen in Misato, Kyle grudgingly conceded that ramen was indeed a good idea.
With our stomachs full (and sufficiently fuelled) we set about exploring the assorted floors of shops.  One of the floors had a Tokyu Hands store, providing me with the perfect opportunity to stock up on stationary.  The stich line notebooks available in Japan (they have little spaces along each horizontal line, breaking up lines in to “cells”) are very useful for writing up notes in Japanese class as they provide the right amount of horizontal space when writing Kanji/Hiragana/Katakana.  In addition to this, B5 format notebooks are popular in Japan and I find these to be the right balance between A4 and A5.  They are more convenient than A4 but offer more space than A5.  I also took the opportunity to get a new 0.3mm mechanical pencil (I haven’t seen them at stationary shops in the UK for a while but I have a massive box of 0,3 lead) and some folder cases for A5 notebooks.
After we’d browsed enough, we decided to have a look at the rooftop garden.  I don’t exactly have a head for heights but the views were spectacular and it was nice to visit such a peaceful space. 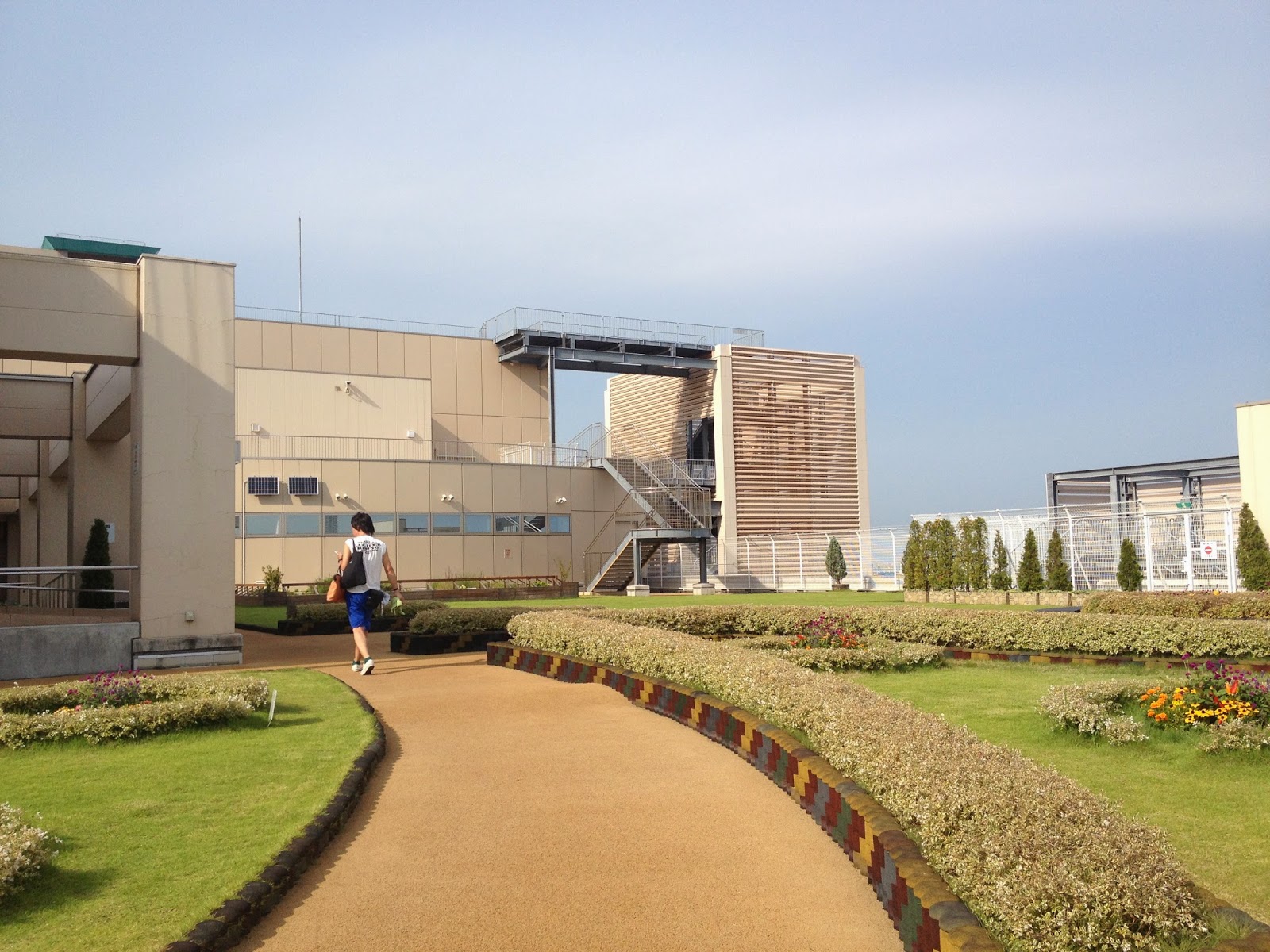 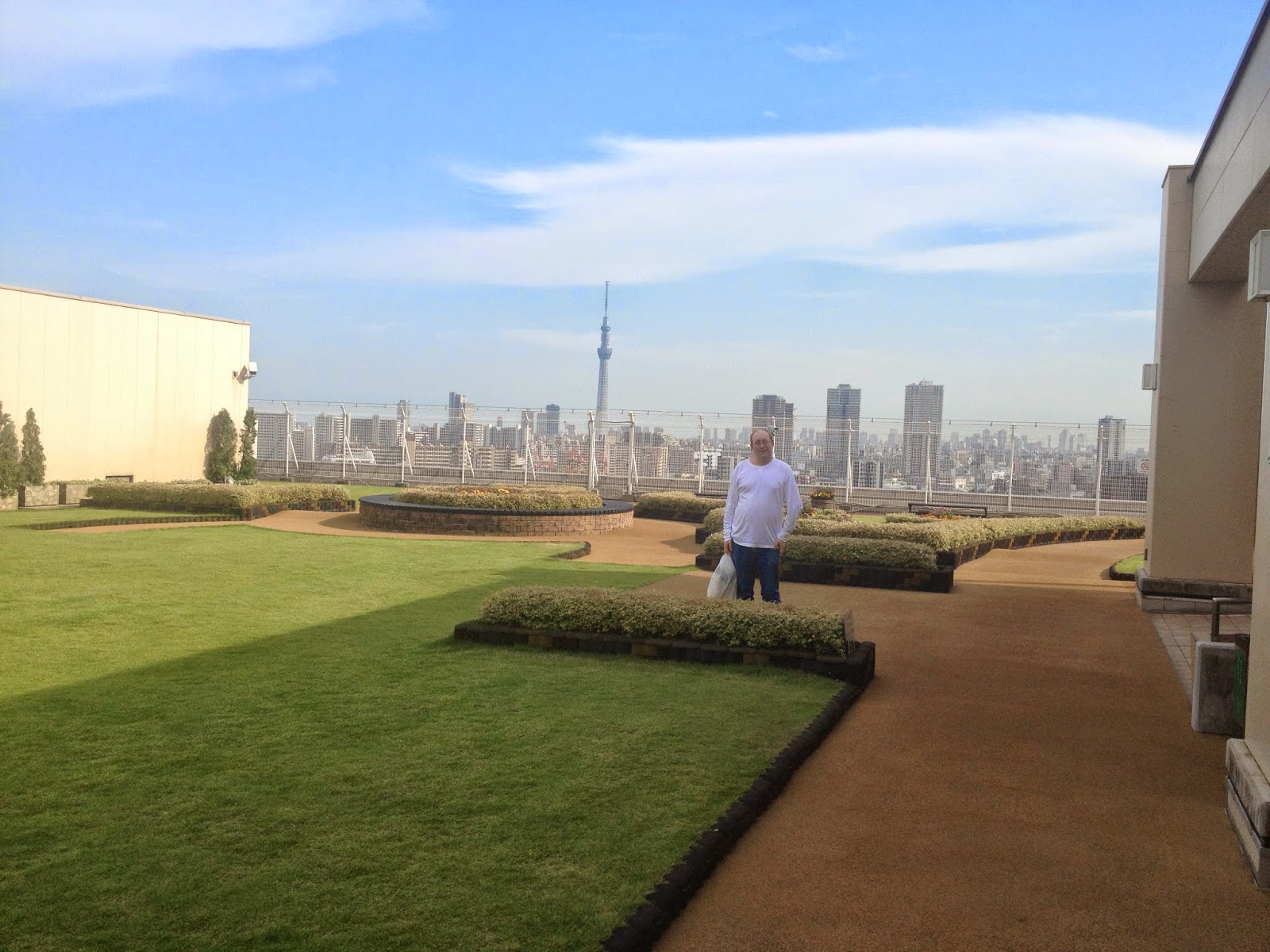 With our exploration of Kita-Senju complete, it was time to return to Misato where Yamashita San was coming round later in the evening. Yamashita San had kindly offered to drive us to some of the outlying areas we can’t normally visit so we needed to work out the details of the plan in the evening.  As Yamashita San was offering us to much help, it was only fair that I supply the beer for the evening.  Having a laptop with an HDMI port proved very useful as we were able to check the route and destinations (via google maps) on the big television.  Unfortunately, using it to show Yamashita San our hometown of Bradford made the poor man despair.