Apologies reader, I've delayed writing this a little (I've been back in the UK for nearly 2 weeks) so the details aren't quite as fresh in my mind. I'll summarise as best I can.
Day 4 was by far the busiest day. We went on a road trip which Yamashita San had kindly arranged. Those of you who followed my trip back in August will know that a Yamashita road trip means seeing a bewildering amount in a small space of time (see road trip from August).

When carrying out our planning of what we wanted to see during the day, we used the-japan-guide.com, they have a page about Kamakura here: http://www.japan-guide.com/e/e2166.html

After studying the guide we decided that the 2 most important sites to see were:
There was plenty of time to see other sites so Yamashita San included a few other places.

The first stop on our tour was the Hachimangu Shrine. 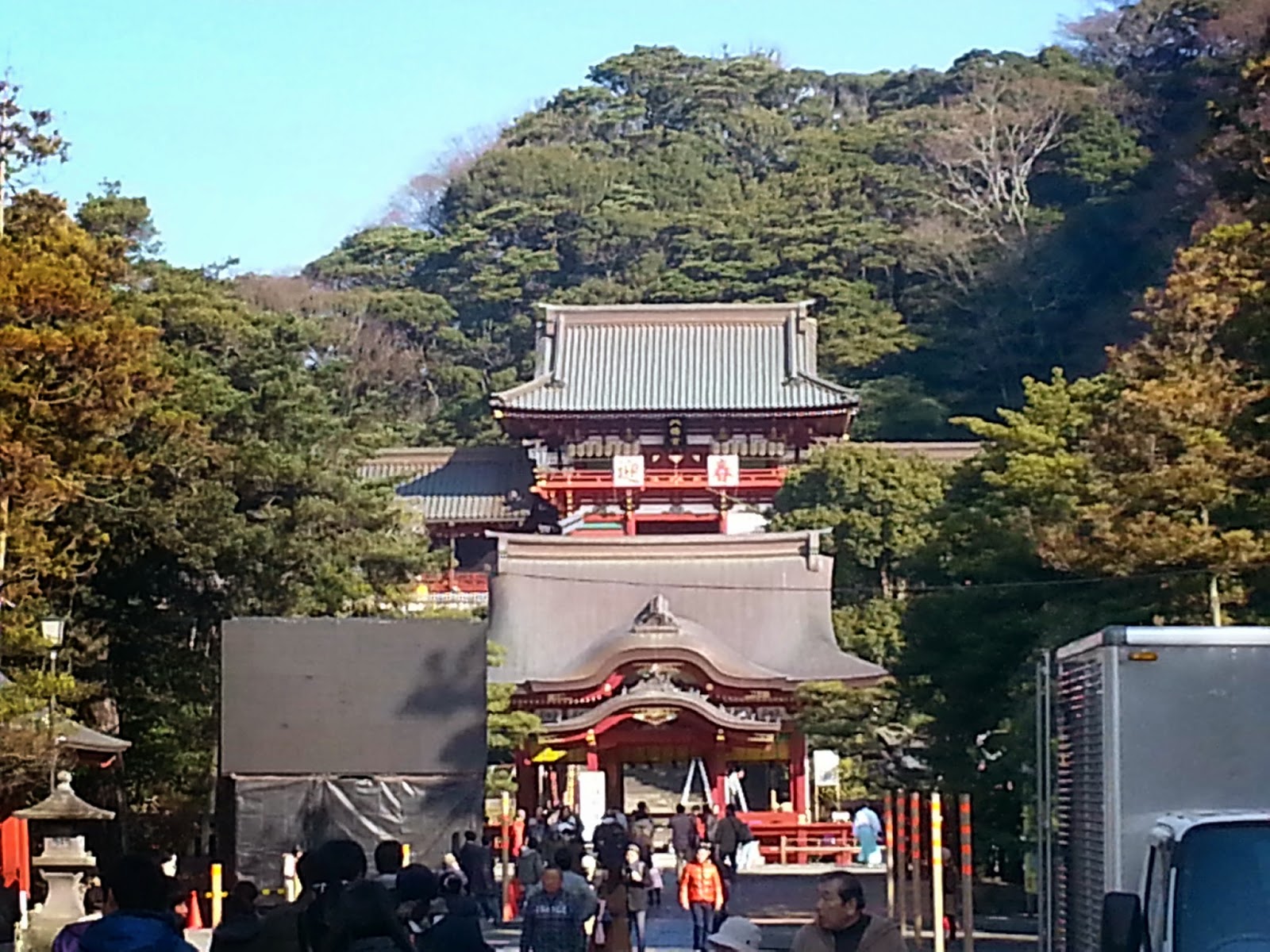 Hachimangu is described as Kamakura's most important Shinto shrine.
There's plenty of information available in English, for those who don't have a complete grasp of Japanese. Fortunately for us, we had Yamashita as a guide so we didn't have much need for the English information plates.
Our journey appeared to be less than fortuitous, we bought Omikuji (paper fortunes) but I recoiled in horror as Yamashita informed my that mine was quite cautionary. To ensure that the ominous premonitions of the Omikuji would not come to pass, I quickly wrapped it up and tied it to a tree branch. So much for good fortune!
Whilst looking for somewhere to park, we soon realised a slight flaw in our plan - Kamakura isn't the easiest place to travel by car. The roads are narrow and often congested. There's not much parking and the car parks are pretty expensive. Add on to that the cost of toll roads and the cost of a road trip to Kamakura can soon add up. Yamashita's advice is to use the train and hire a bicycle at the station. This will give you far more mobility (and not lose time in traffic), allow you to experience more of the area and keep your costs down.

While exploring the surrounding areas we also came across some new years decorations called Kadomatsu. You seem them all over at that time of year, it's nothing out of the ordinary but it's probably worth mentioning as I didn't really mention them in earlier blog posts.
Kenchoji Temple
Next stop on the tour was Kenchoji temple, a very important Zen temple in the area. 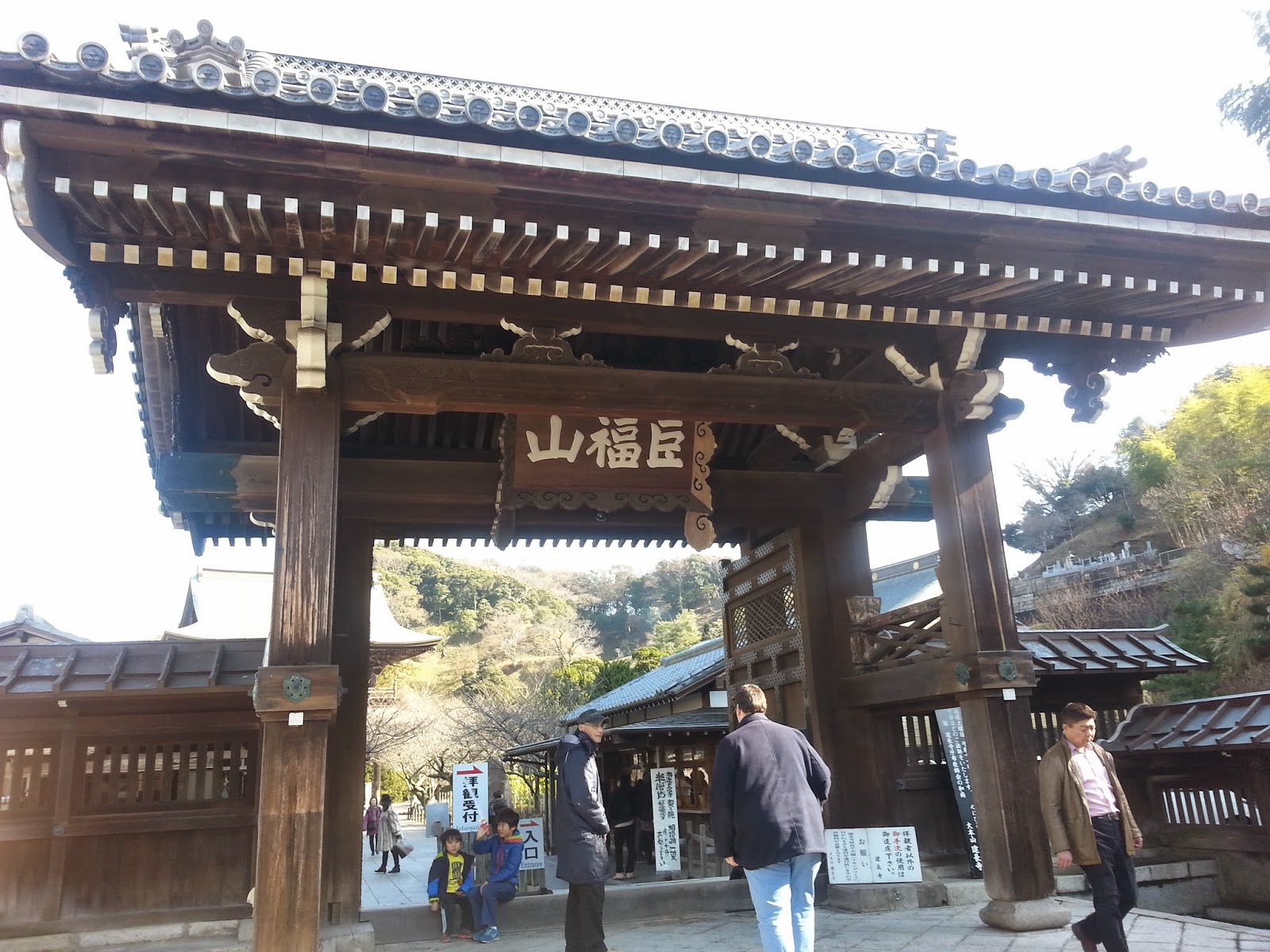 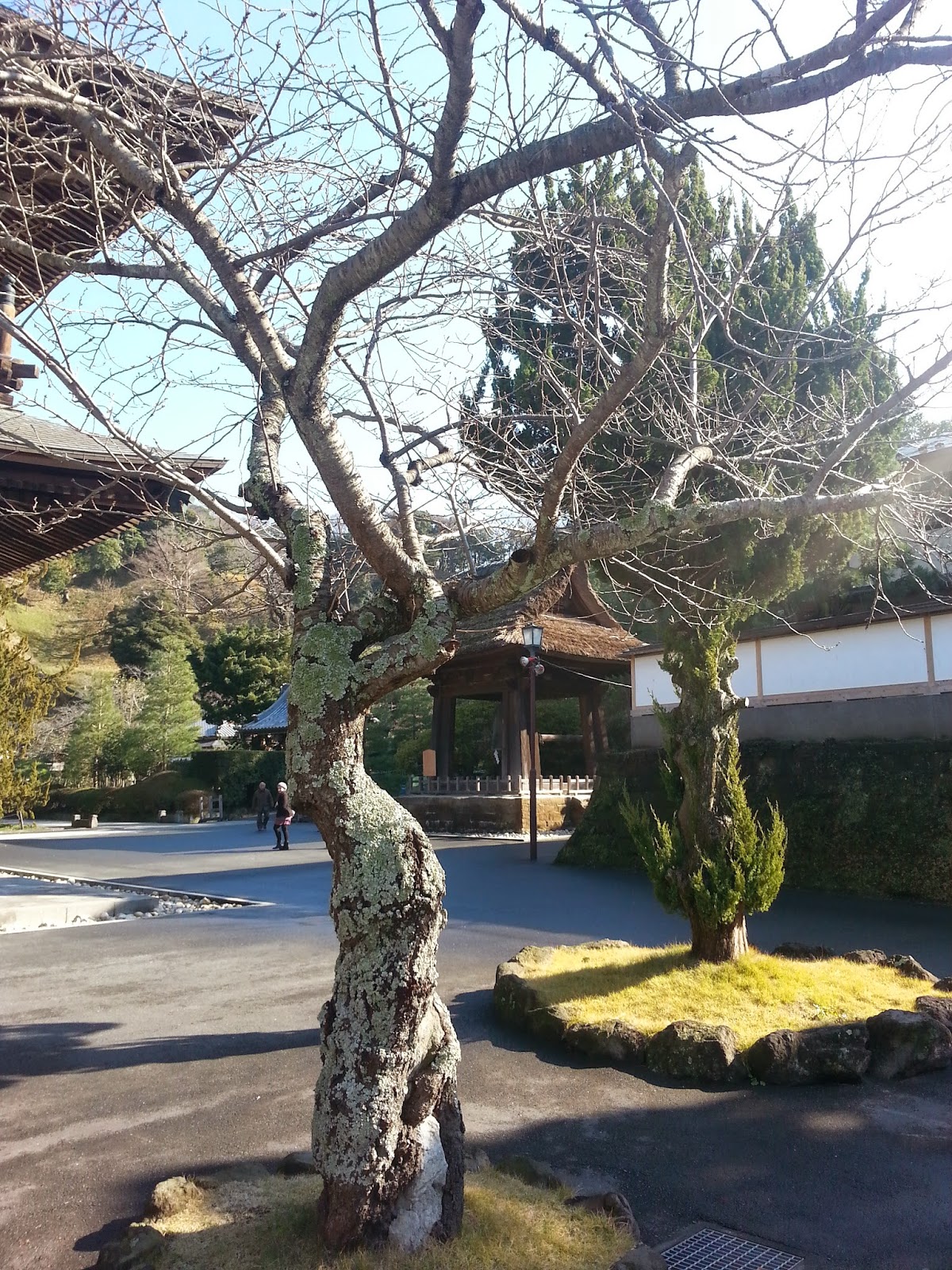 As to be expected, Engakuji is beautiful and tranquil place. For those who do visit, remember that it's still a functioning temple so there are plenty of areas that are off limits to tourists. These areas are clearly indicated so they aren't difficult to identify.
Daibutsu
Kamakura is also well known for the Daibutsu, a large bronze Buddha statue. The statue is quite amazing in both size and complexity of construction. The bronze statue was cast around a series of interlocking molds. The structure of the molds is visible from inside the statue along with additional information about their construction. 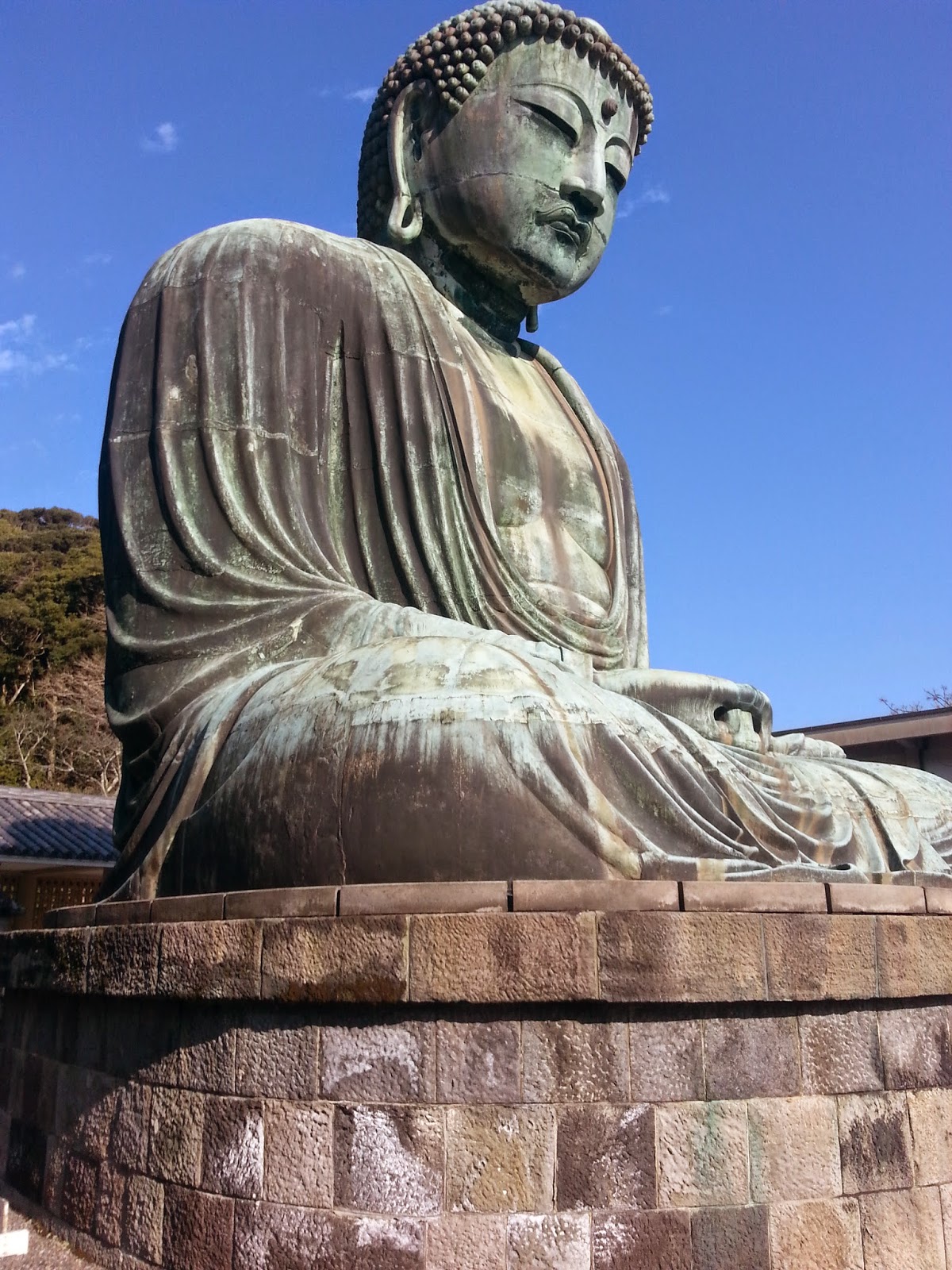 There wasn't much of a queue to see inside the statue and seeing the inner structure is something I can strongly recommend, incredibly advanced for something cast in 1252


Also available while visiting is a copy of "The Teaching of Buddha", available in both English and Japanese. This was something that Kyle was quite exited about but, alas, he'd already spent most of the money he'd bought on more omamori for his collection so I made this the present for him. In addition, I decided to pick up a copy as it should be an interesting read (and might do me some good).

Hase Temple
The last major stop on the tour was Hase temple. This isn't a Zen temple (the area has a number of Zen temples), instead Hase is Jodo (a widely practiced form of Buddhism in Japan, traditionally associated with farmers) 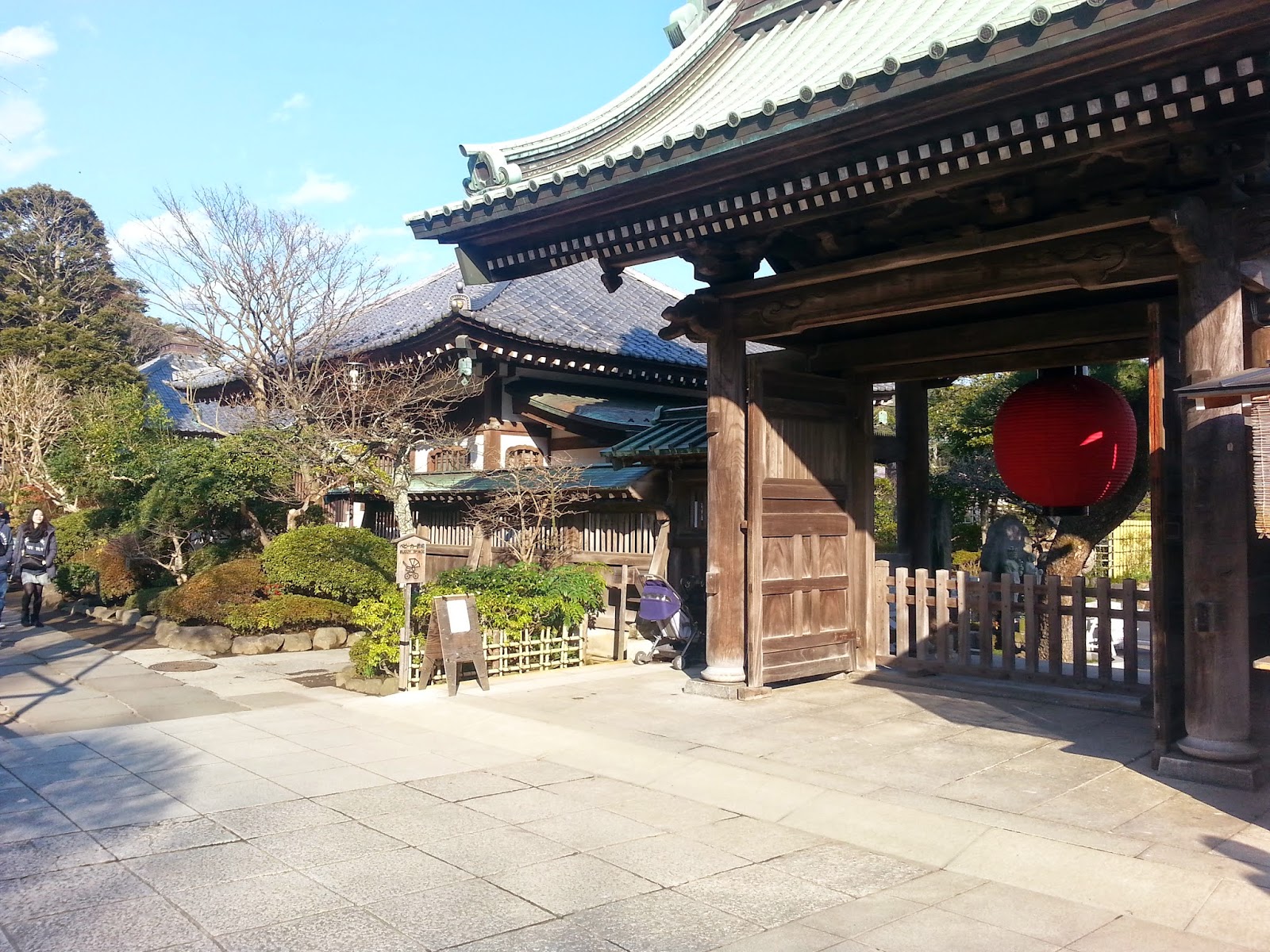 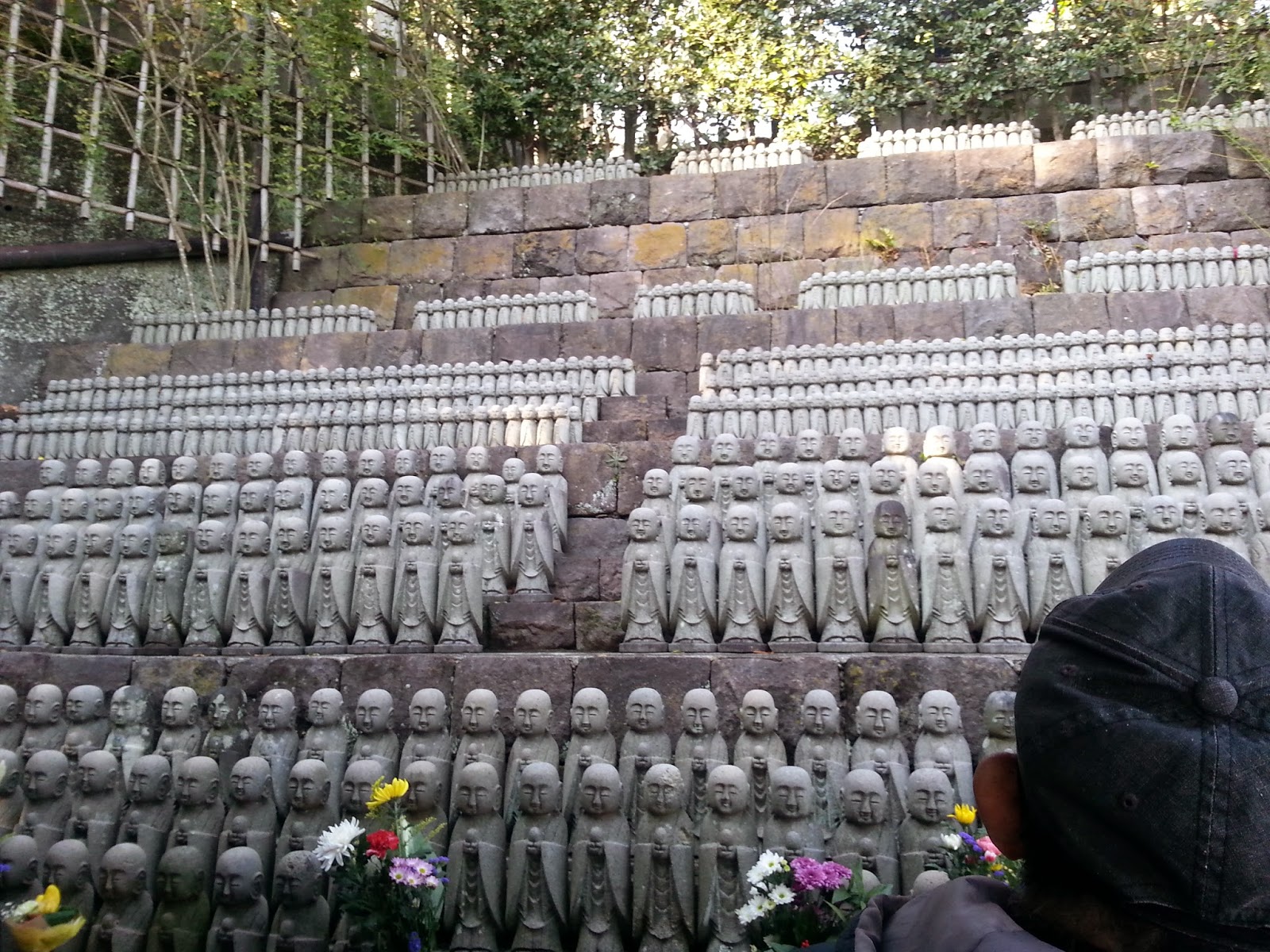 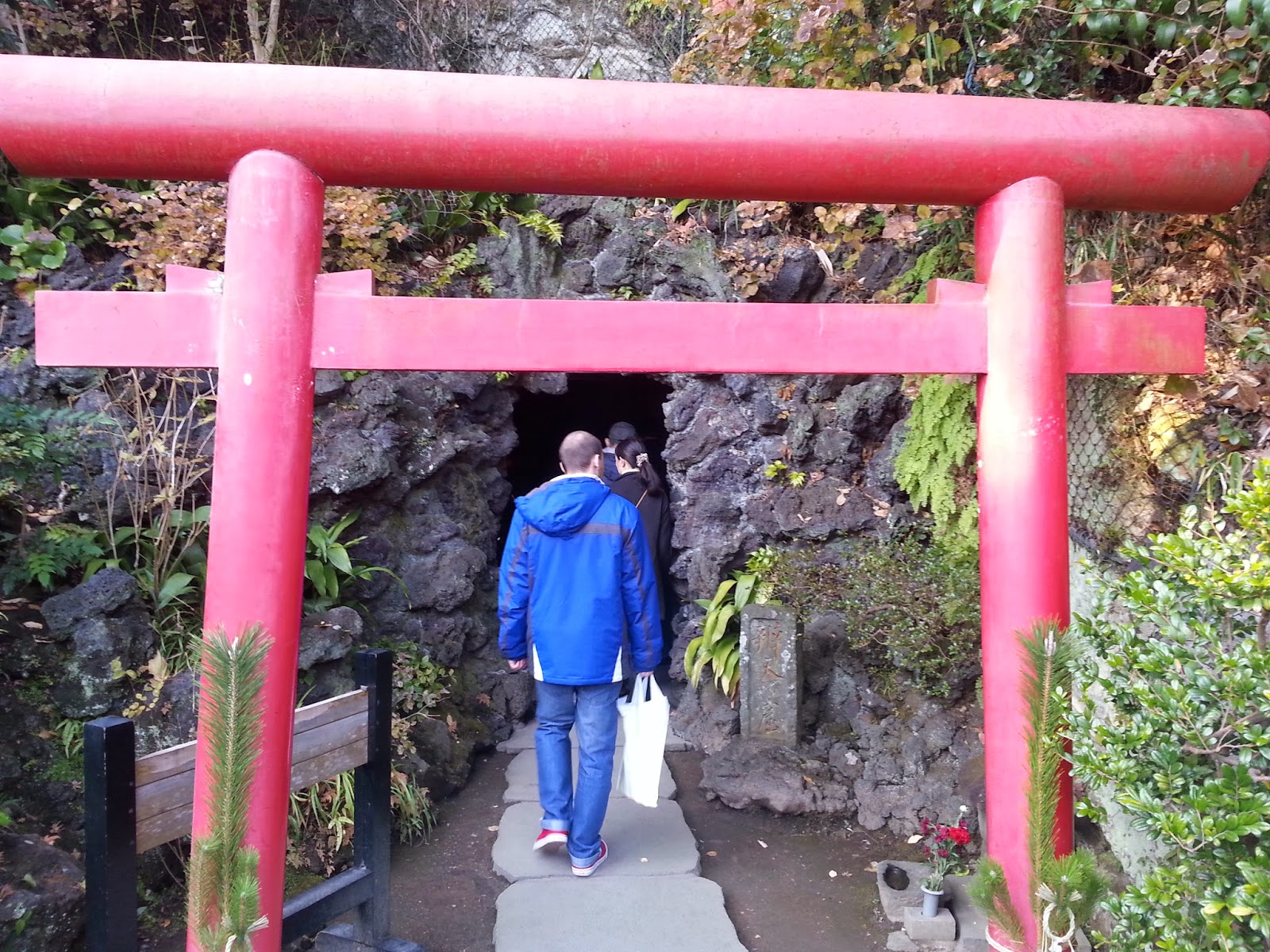 Before heading back to Saitama we went out for an early dinner. Being near the sea, we felt like getting sashimi (raw fish which you dip in soy sauce mixed with wasabi). Ever the font of knowledge, Yamashita was able to recommend a nice little restaurant near a local market (he was quite keen for us to see what markets are like around new year).
It's safe to say that we were all absolutely knackered by the time we got back but it was certainly worth it. The best way to describe Kamakura is "Nikko in a day". For this and other outings, I'm certainly going to have to find something nice to bring Yamashita San next time I'm in Japan.

Sorry for the brief nature of this entry (I drafted the others on the plane so they are a little more details), see you next time.
Posted by Daniel Snowden at 13:37