My body clock was assisted in the transition to the new time zone by the therapeutic massage caused by a building violently shaking.  No, this wasn’t an earthquake, it was an HGV driving past the apartment.  Now I can see why Kyle removed the ema from his wall.
After a nice relaxing shower (definitely required after the air conditioner stops working in the middle of the night), Kyle came up with the suggestion of going to LaLaPort in search of a more comfortable mattress (namely because my spine seemed to be skewed at a 90 degree angle and this didn’t seem quite right).  Having recently become more health conscious, I suggested walking to LaLaPort rather than getting the train to Shin Misato.  Kyle looked at me with abject horror (how lazy!), I would soon discover why.  I soon discovered what walking inside an oven would likely feel like.  Drenched with sweat and feeling like we’d just run a few laps around Death Valley, we arrived at the air conditioned comfort of LaLaPort.
Kyle suggested we check out the furniture shop where he bought his couch; this seemed like a great idea as he knew they provided delivery.  But, as with most of Kyle’s ideas, this turned out to be a stupid idea as they only delivery within Japan (the UK was to be the Futon’s final destination).  Postage through JP (Japan Post) would likely have required a mortgage, this was clearly not a feasible option.
To console ourselves over our abject failure, we treated ourselves to an ice cream breakfast.  The taste was unforgettable, as was the brain freeze (the latter for entirely the wrong reasons).  After cooling off, Kyle suggested visiting a local shrine in Misato.  Little did I realise that the shrine in question just so happened to be on the other side of the city and in a rather inaccessible location.

On the way, I noticed a small shrine next to what looked like a recycling centre.  I was told by Kyle that this is common practice and many businesses have a small shrine, usually dedicated to a Kami local to the company founder’s home.
After that little insight, we continued our long trek (read: death march) to the shrine I had been told so much about.
The shrine was certainly worth it, in spite of the additional exercise and catching the sun. 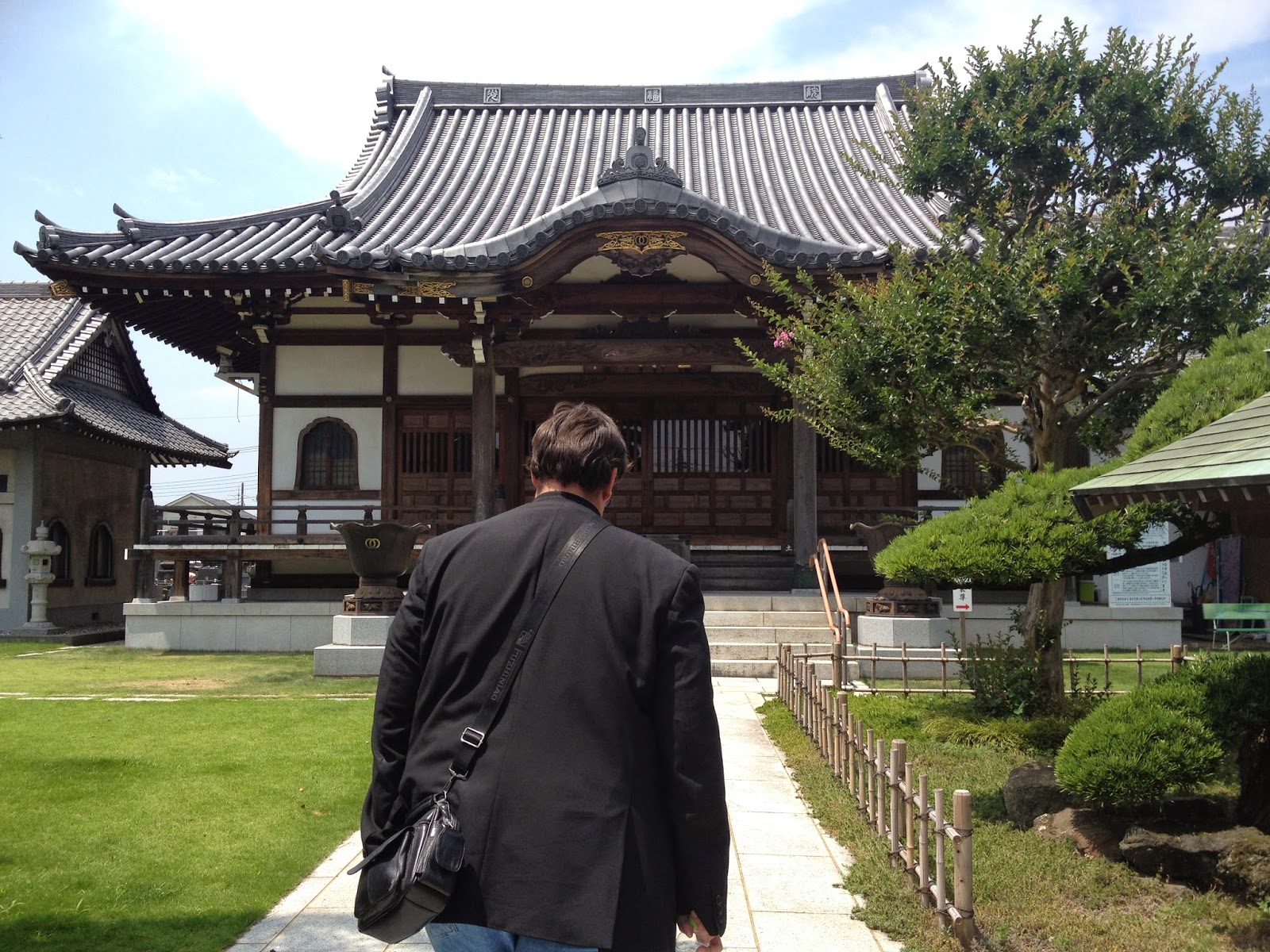 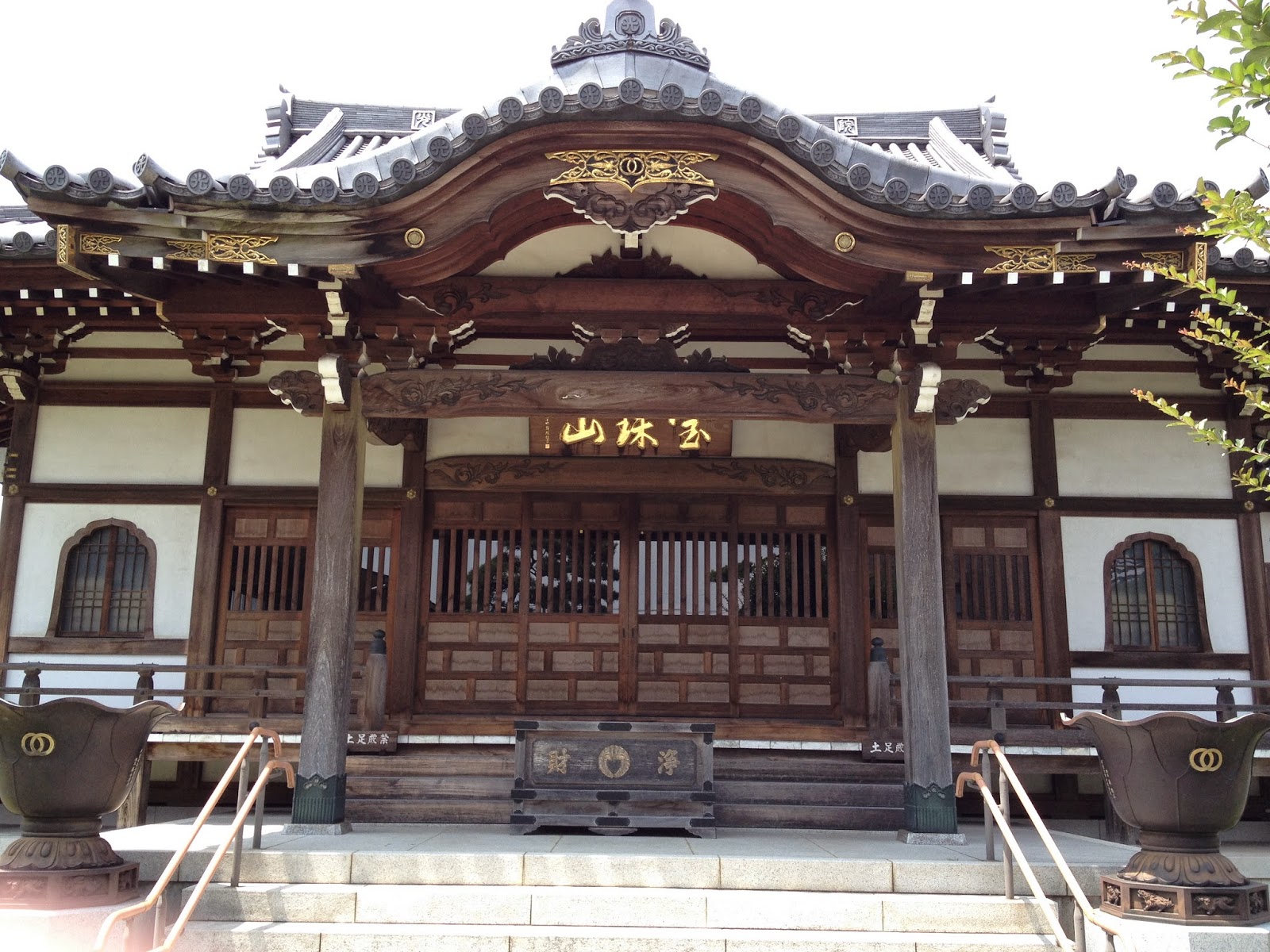 Next order of the day was a shopping trip.    Kyle was looking to buy a ladies kimono as a present and a former colleague had offered to provide advice.  As I wouldn't have much to do and it would be a good opportunity to see another shopping mall in Misato, I was asked to tag along.  At least that’s what I thought, the truth was quite different.  After some debate and deliberations, we identified a combination of obi and sash (obi) that we thought she might like.  At the point Kyle pointed out that he needed to make sure it would fit and didn't have any measurements to hand.  I was told that this wasn't an issue because, apparently, the intended wearer is the same height and general build as me (well apart from my lack of… you know) and therefore there would be able to model it.  The penny dropped (as to the reason I was invited along) and my face turned the shade of red that can only be explained by total embarrassment.
Fortunately, for me anyway, we were told by the shop assistant that the set couldn't be opened and tried on (my relief was quite visible at this point).  As a result we would have to work off of my estimated height (which is, as far as I'm aware, is the main measurement anyway).  From Kyles obvious disappointment I can only conclude that the pervert basically wanted to see me in a kimono.
Confident enough that the correct size had been chosen, Kyle made his purchase and had it gift wrapped.  This is one of the great things about shops in Japan.  If you’re buying something as a gift, the staff will offer to gift wrap it for you.  The wrapping is elaborate and certainly better than anything I could ever manage.
Mission accomplished, the last thing to do was grab some food on the way back.  After a nice satisfying bowl of ramen… that’s my brain done for one day.