2016 Japanese Travels - Day 3, Akihaba and the remake of Alien

In the morning Kyle had a few errands to run which he expected would take most of the day. That provided me with the perfect opportunity to make a trip to Akihabara.
From the forecast, I could see it was going to be a particularly hot day. Never one to let little things like heatstroke, sunburn or dehydration get in the way of buying anime merchandise, I shrugged off the alarmingly high temperatures and started to make plans.

My first order of business before heading out was my daily source of caffeine. Simply put, getting a can of coffee from the nearby vending machine. In the kind of weather we were experiencing, a nice cool can of milky coffee was much more refreshing than the usual (hot) black coffee I would drink in the UK. 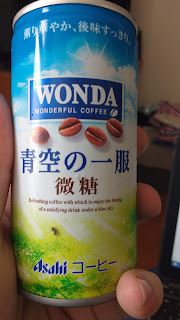 With my caffeine reserves replenished, I left the apartment to catch the train to Akihabara (two trains, to be precise). As I approached the station, I could feel the heat start to hit me. Between the heat and the brightness I was feeling glad that I’d remembered my hat and applied some sun block beforehand (those who know me will know that there’s a risk I’ll burst in to flames if left in direct sunlight). 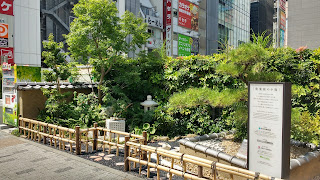 As expected, there had been a few changes in Akihabara since I’d last been there. One of the new additions (near to the JR station and UDX building) was a small garden. It was quite refreshing to see something so peaceful and traditional looking in such a modern part of Tokyo.
I wandered around I started to notice a growing rumbling sound. I initially feared an earthquake was starting; however, it didn’t take long to realize it was my stomach. Clearly, it was time for lunch. There was a curry restaurant that Kyle and I had been to previously that Kyle suggested I go to. I had no idea where the restaurant was, all I remembered was that the restaurant had wooden walls and offered something called “homerun curry”. Despite not knowing the name of the restaurant or where it was, I successfully located it – Great navigational skills, eh? Who am I kidding, it was luck. While looking for a vending machine, I happened to stumble across it. 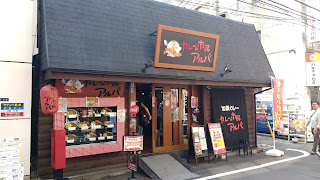 With lunch out of the way, it was time to get back to the main task of the day – adding more anime figures to the collection. The two I decided on were Black Hanekawa (from Bakemonogatari) and Sheryl Nome (from Macross Frontier). 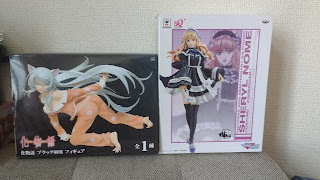 With some figures and a few other assorted bits and pieces (I wasn’t buying Ecchi manga, honest!), it was time to head back. Kyle and I were starting to get hungry this point so we decided to go out for food, seeing as we were keen to avoid our stomachs setting off seismic sensors.
We noticed a sukiyaki restaurant that Kyle hadn’t been to before, it looked worth a try. The sukiyaki was quite similar to yakiniku but included a stew that was cooked at the table (on a small gas burner). 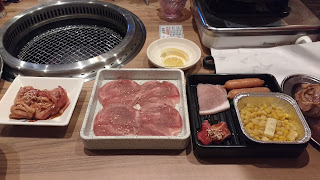 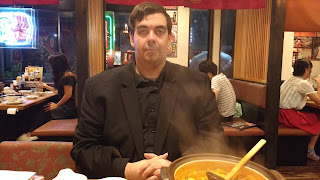 The meal was enjoyable, however, there was a little surprise in store. It turned out that we had made a slight miscalculation when ordering, the meal turned out to be a little more expensive than we were expecting. Oops.
After getting back to the apartment, our plan to spend the evening relaxing was interrupted by something scuttling across the floor - a rather large insect. Being from the UK, I wasn’t used to seeing large insects so found it a little unnerving. This reaction paled in comparison to Kyle, who appeared to be having a panic attack. The insect appeared to have gone under the sofa, given that I would he sleeping on a futon on the floor, I knew there was no way I’d get a decent night’s sleep while it was still in the apartment. Due to Kyle’s earlier reaction, responsibility for eradicating the aforementioned pest (the insect, not Kyle) fell to me.
Armed with a promotional fan from Mr Abe and with Kyle following close by, it soon became apparent that we were in a low budget remake of Alien.
Almost an hour was spent stalking the critter. Most of the time was spent in an eerie silence, punctuated only by the occasional shriek from Kyle and plastic bottle being thrown at some source of movement. Eventually we got lucky and I gave it a few blasts of the fly spray, with the bug dazed and confused I sprung in to action with the fan and brought it down on the insect. I’m sure Ripley and co. would have been proud!

The fact that a promotional fan from a dental clinic was the last thing the… whatever it was saw added a somewhat ludicrous quality to the events.