Day 6 (Saturday) was set to be the busiest day so far – Yamashita San’s road trip. With plenty planned and a long journey ahead of us, this required a 06:00 start.  While waking up  at such ungodly hours is what I do during weekdays when I’m working, the plans we had for the day would certainly make it worthwhile.  The previous evening, Yamashita San came around and ran through the plans for the day.  Courtesy of my laptop, and HDMI cable, Kyles large screen TV and Google Maps we were able to view the route in all its glorious detail and pull up details of the various places we would go (that last one courtesy of Wikipedia, mainly).
On the morning of our grand quest I was my usual cheery self.  By that, I mean any attempts to wake me were met with comments such as “Feck Off!”.  After getting washed and dressed, I made sure to gather a few supplies for the day and we met Yamashita San in the nearby car park.  Prior to setting off, we took the step of gathering a few bottles of water from the vending machine outside the local Book Off, those who have experienced a Japanese Summer will understand why (though air having an air conditioned car made the journey more survivable).
The journey was part of the adventure, at times like these we were able to see more of the Japanese countryside.  Rice fields as far as the eye can see, the Kanto Plain is a very agricultural area.  I guess this makes perfect sense, there is very little flat land available in Japan so it makes sense that much of it would be used for agriculture.  We were told by Yamashita San that around 40% of food in Japan is grown locally, for such a small and densely populated country that’s quite an achievement.
First stop on our quest was the beach.  Surprisingly, in the two and a half years Kyle has been working in Japan, he hasn’t been to the beach.  Seeing the coast may not seem particularly important, but I find that there is something significant about seeing the boundaries of an island nation.  Maybe it’s because I'm from an island nation, I’m not exactly sure, but it was an enjoyable sight. 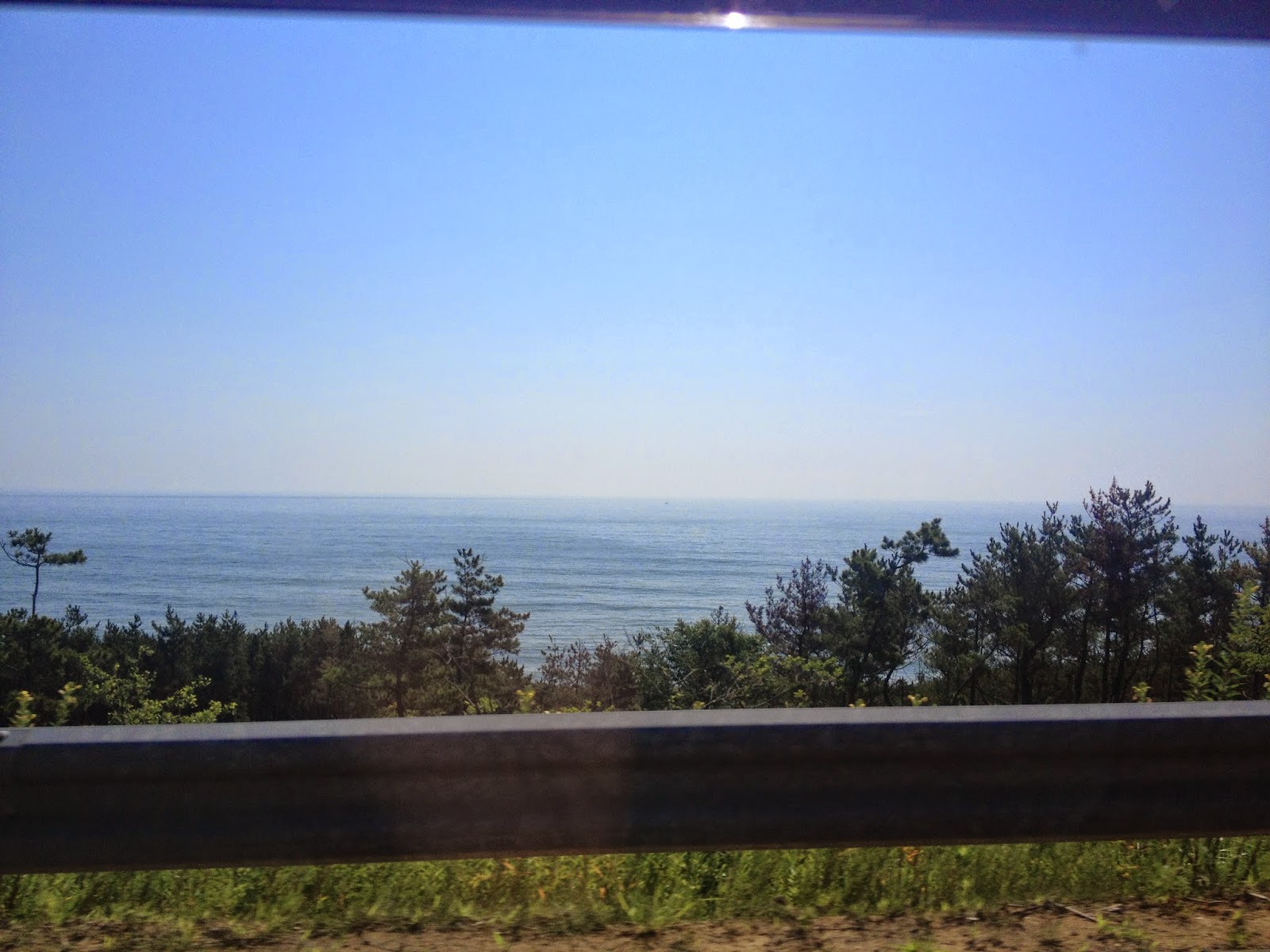 Before we could head down to the beach, we first needed to find a place to park.  In this instance, we were determined to find somewhere free to park.  There was no way we were going to pay to leave the car for, what would at most be, 30 minutes or so.
While looking for places to park, we at least managed to look at a few interesting areas.  We saw houses by the beach (I imagine those would command a hefty price), what looked like abandoned houses and structures that more closely resembled modern art than houses.  I still have no idea exactly what that concrete cube was.
Eventually, our mission was accomplished and we could start exploring the beach.  While descending to the beach, Kyle appeared to start sinking.  Exactly how could this be happening? That wasn't even quicksand! Either way, there’s no way I'm letting Kyle live that one down any time soon. 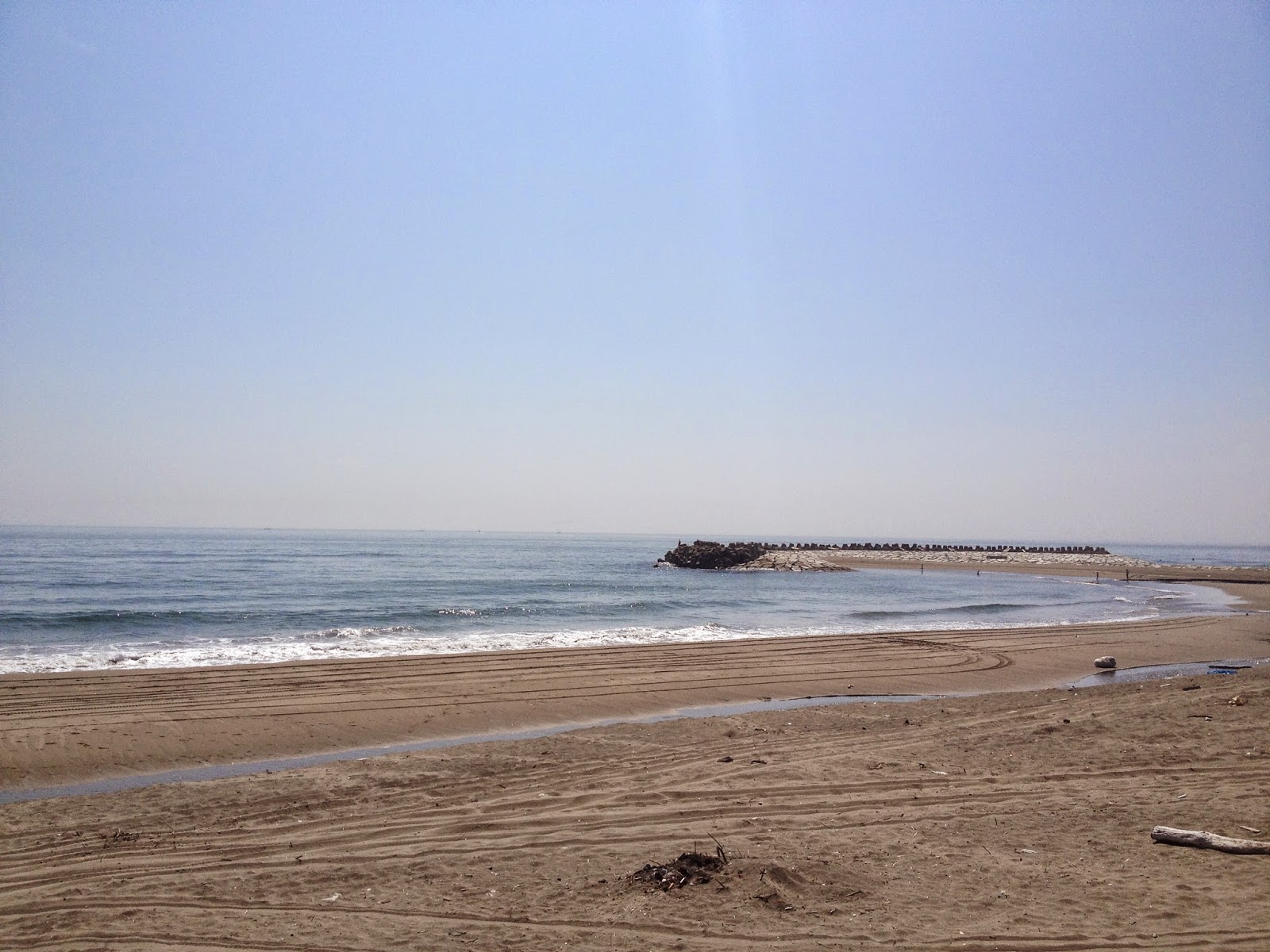 While walking along the beach, we noticed a warning sign.  The sign warned swimmers of deep water and strong currents at the coastal defences (bringing back memories of geography lessons and long shore drift).  Kyle, ever the English teacher, pointed out numerous grammatical mistakes in the sign.
The next stop on the journey was the Kashima Shrine (Kashima Jingu – Jingu as it has a connection to the imperial household).  The city is Kashima (Ibaraki Prefecture) I have to say is an especially beautiful city. 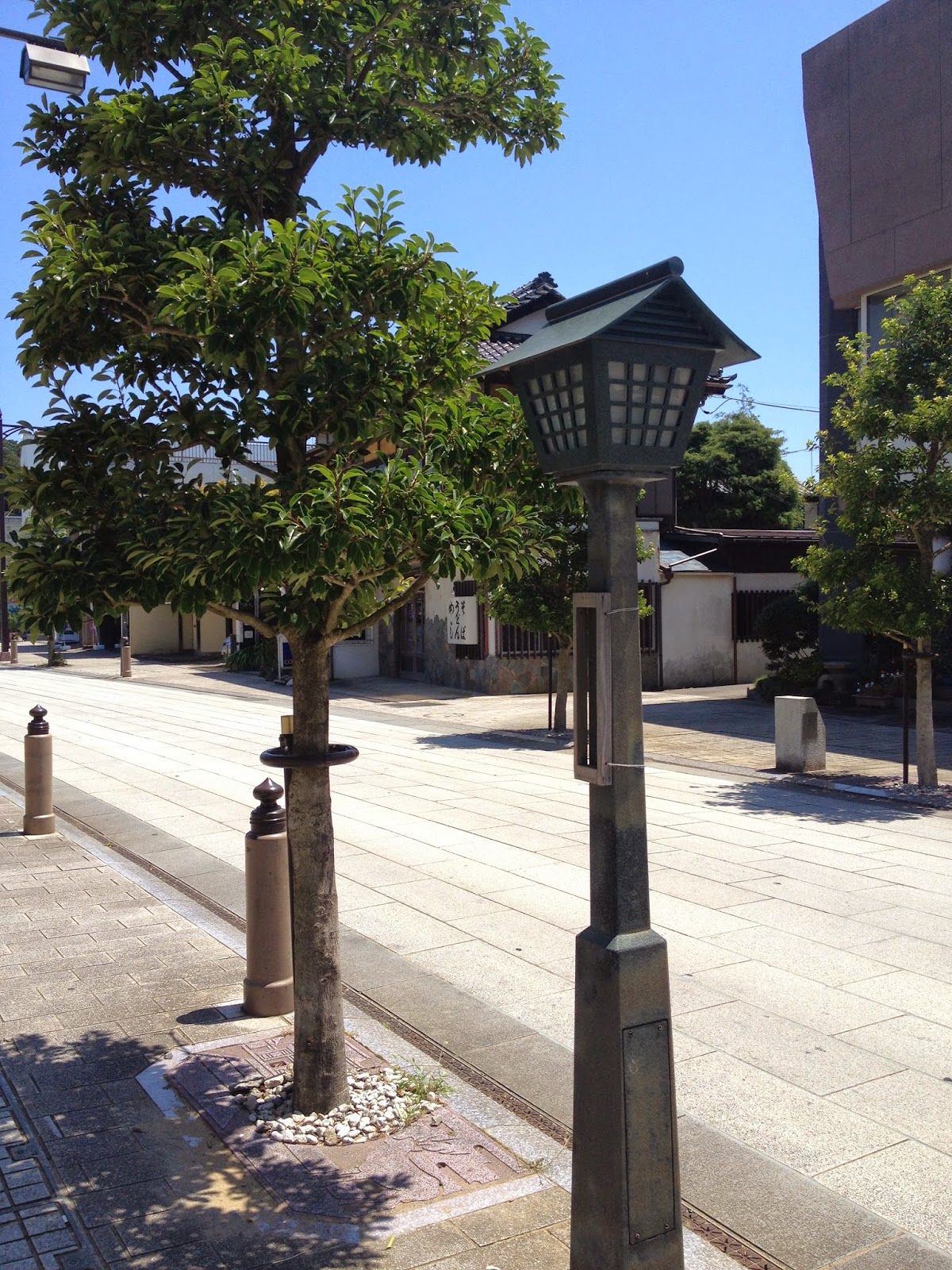 Yamashita San was able to arrange a tour of the shrine with a guide who was able to speak some English.  For some of the more complex details that she was unable to translate, Yamashita San was able to help out with translation.  It was certainly a very informative experience.  Besides the great amount we were able to learn, the grounds were absolutely beautiful.  I’d say quite similar to the Meiji Shrine. 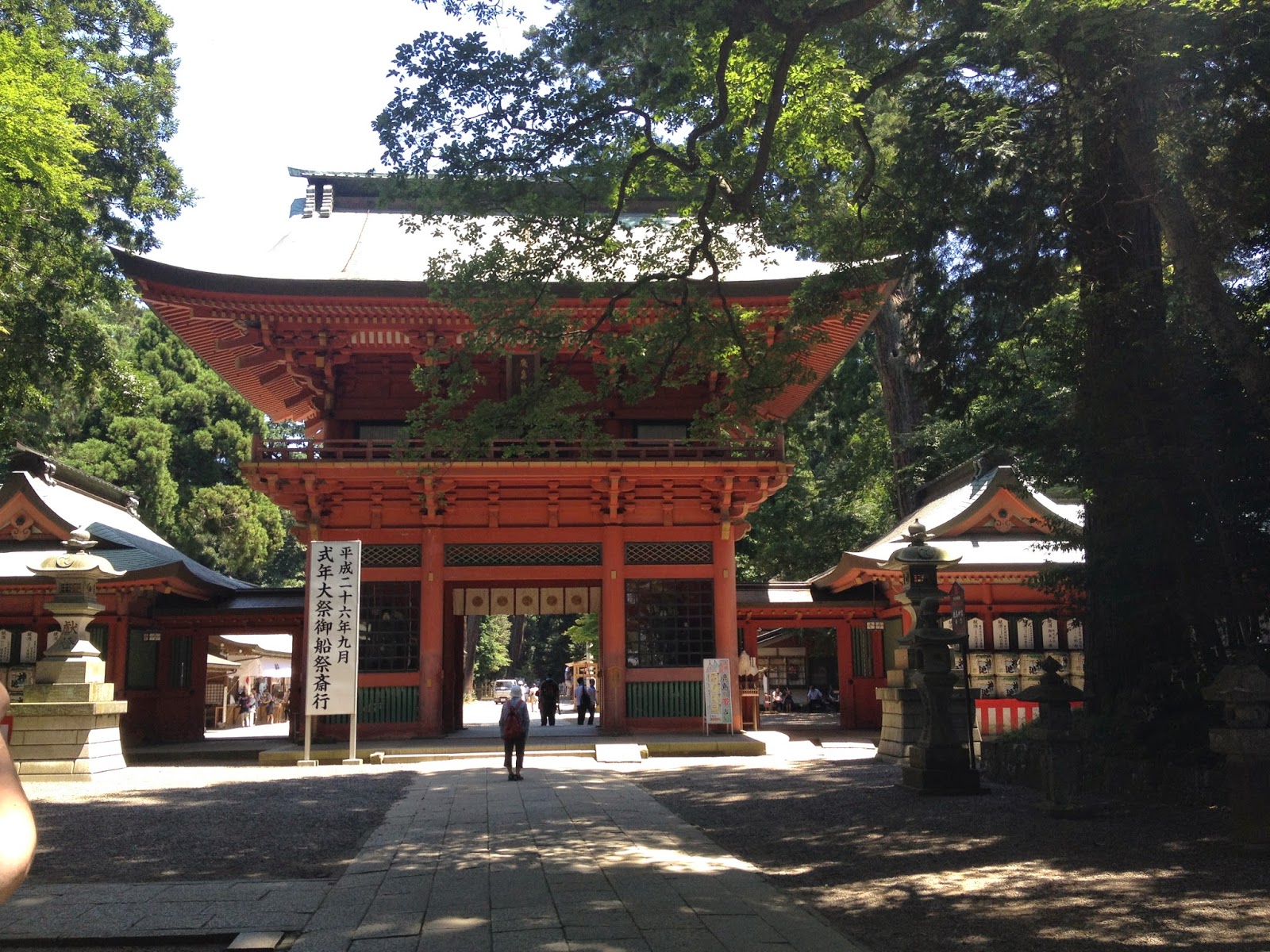 No rest for the wicked, next stop was a mini Edo style village.  Although most of the buildings were modern in construction, it was interesting to see the style they were constructed in. 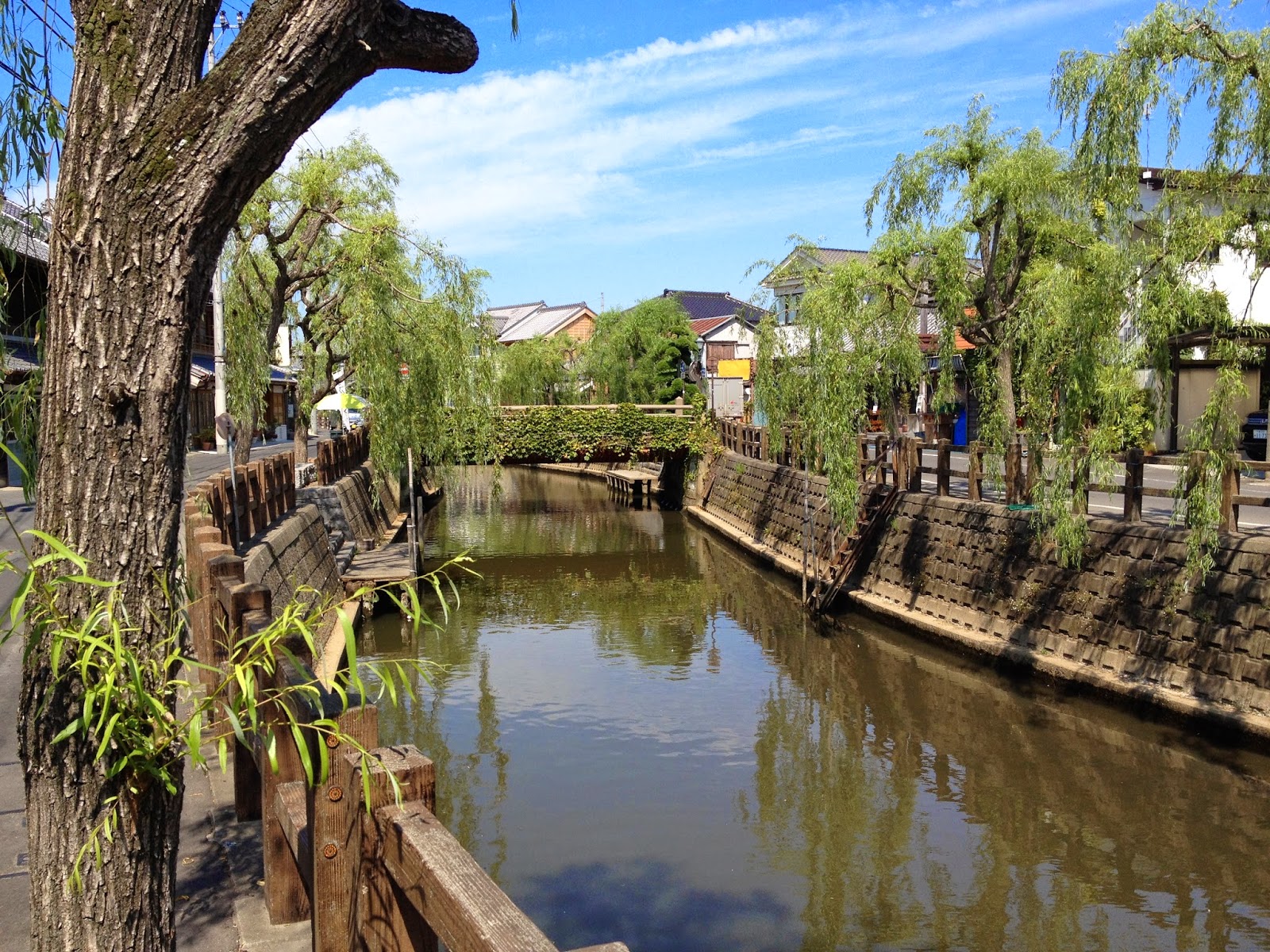 While wandering around, we found a small museum dedicated to Ino Tadataka.  He, in 1785, began using western astronomy (which he learned at the age of 52) to begin a process of mapping Japan until his death in 1818.  Surveying continued after his death, producing a map in 1829.  Seeing a comparison of his map and a modern map was quite amazing, there were only relatively minor errors in his map, a considerable achievement for someone with no access to GPS and other modern technologies (a sextant and maths were the only tools available).  That was certainly worth the 500 Yen price of admission.
After the Edo village, it was time to head back to Misato.  This wasn’t the end of the day or the adventure, we had plans to meet Yamashita San at a local fireworks festival (by local, I mean in Matsudo).  It was incredible the number of people who were attending, the train station was certainly not a pleasant place to be (hot, humid and crowded) and it didn’t help the Kyle and I arrived early (embracing the Japanese concept of never being late).
After some initial difficulties in communication (don’t you love cellphones?) we rendezvoused with Yamashita San and followed the crowd to view the fireworks.  Compared with the fireworks I've seen at school and in Roundhay park, these were in another league altogether! In the distance, we caught glimpses of similar fireworks festivals organised in other cities.  Hanabi are indeed popular in Japan! 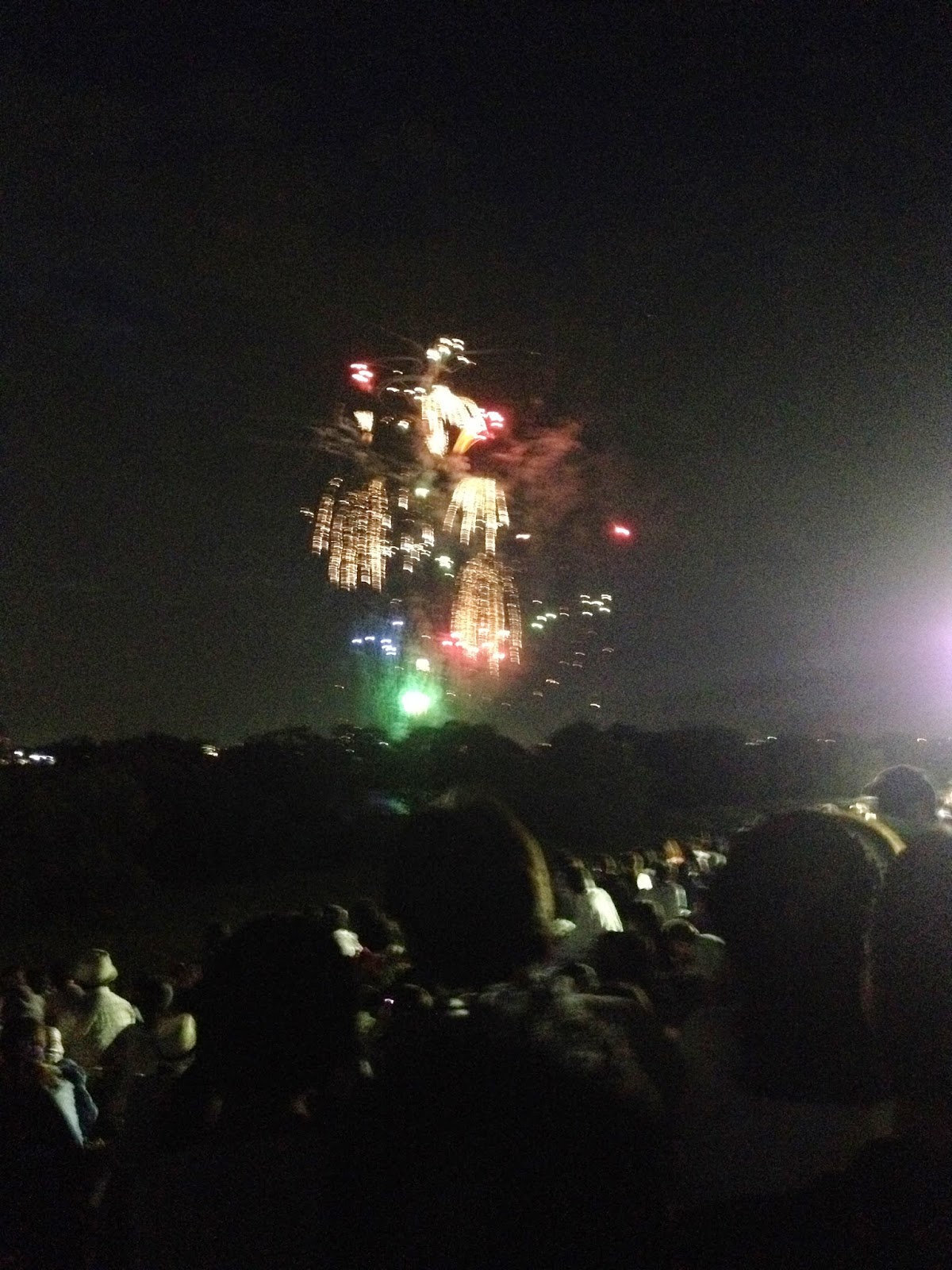 The fireworks, in total, lasted almost two hours. At the conclusion of an incredible spectacle, it was time to part ways.  As Kyle and I were still a little hungry, we decided to get food at the traditional restaurant in Misato before heading home.


Many thanks to Yamashita San for an absolutely amazing day!
Posted by Daniel Snowden at 08:06