After a busy and eventful previous day, there was no rest for the wicked.  Our next excursion would take to Yokohama where we would meet Kyle’s friend Mizu San.  I hadn’t met Mizu San before but we had previously talked on the phone when I helped him out with a programming problem (finishing off the solution I had devised provided some useful in flight distraction).
The plan was to start off with Chinatown and then the bay area.  Having only seen Chinatown in Manchester, Yokohama came as quite a surprise.  It’s certainly bigger than what I had previously seen.  As we were in Chinatown, it was a great opportunity to sample street food.  Mizu San’s suggestion was to try food from various street vendors rather than go for a sit down meal, the would allow us to try a wider assortment.  I certainly had no objection to sampling a wide assortment of steamed buns. 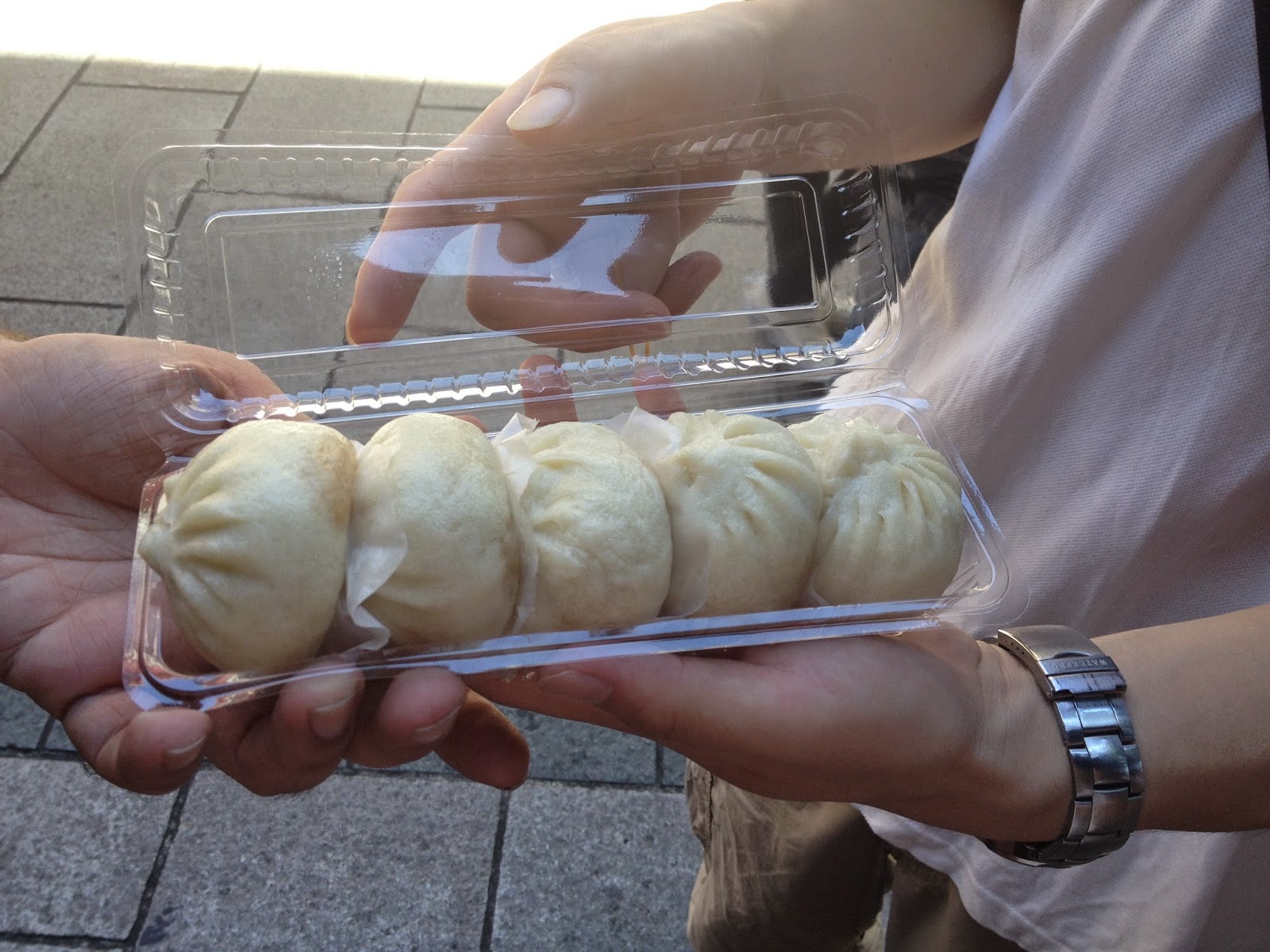 While exploring Chinatown, we did see some rather… unusual sights.  The sign for one shop featured Chairman Mao as a panda, I kid you not! Another building featured what appeared to be a Santa Claus sign.  Exactly why that would be on display in August is something I guess I will never know. My only theory is that they’re trying to say that there are a limited number of shopping days until Christmas and they want to get in early.  Who knows? 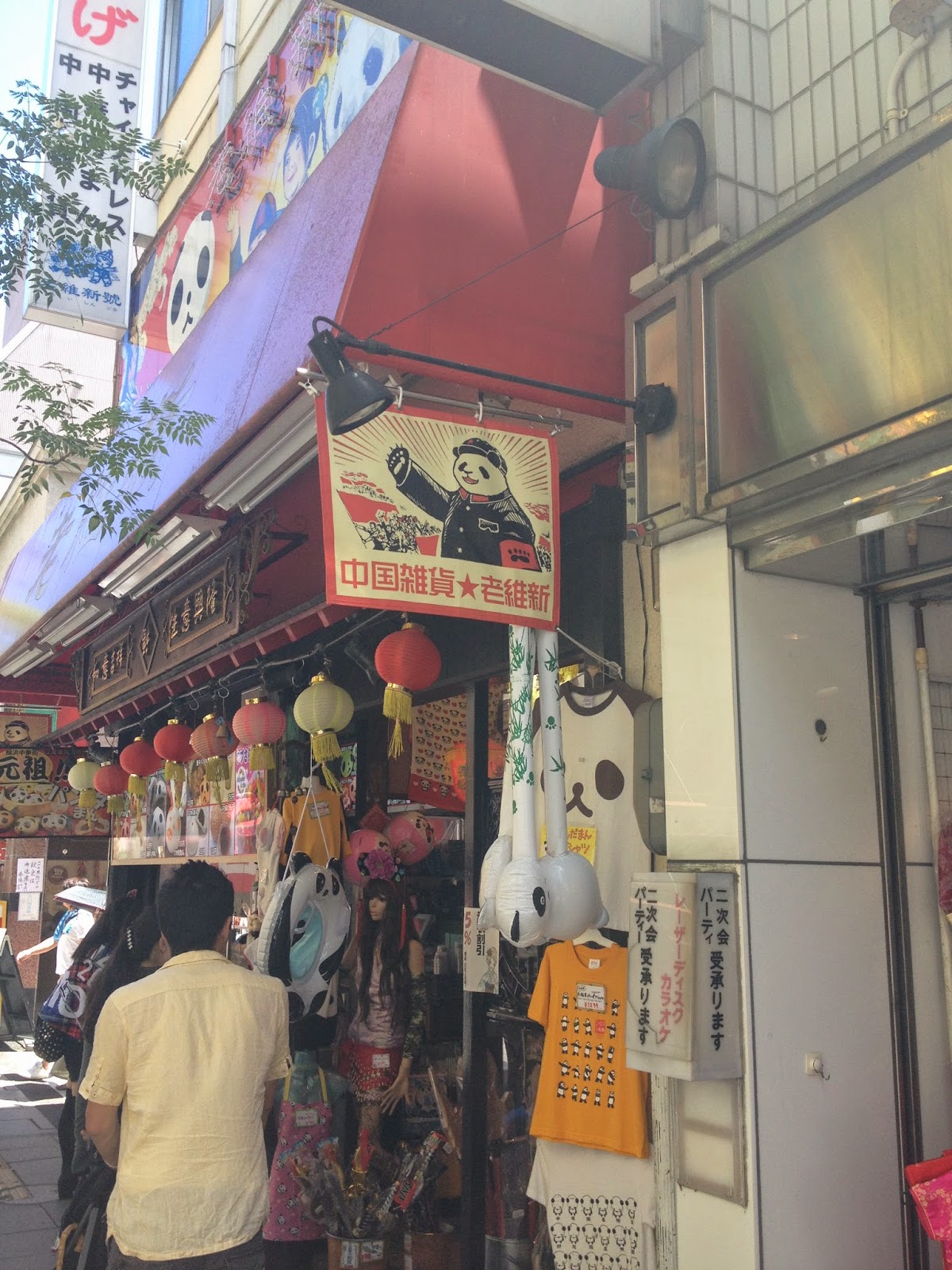 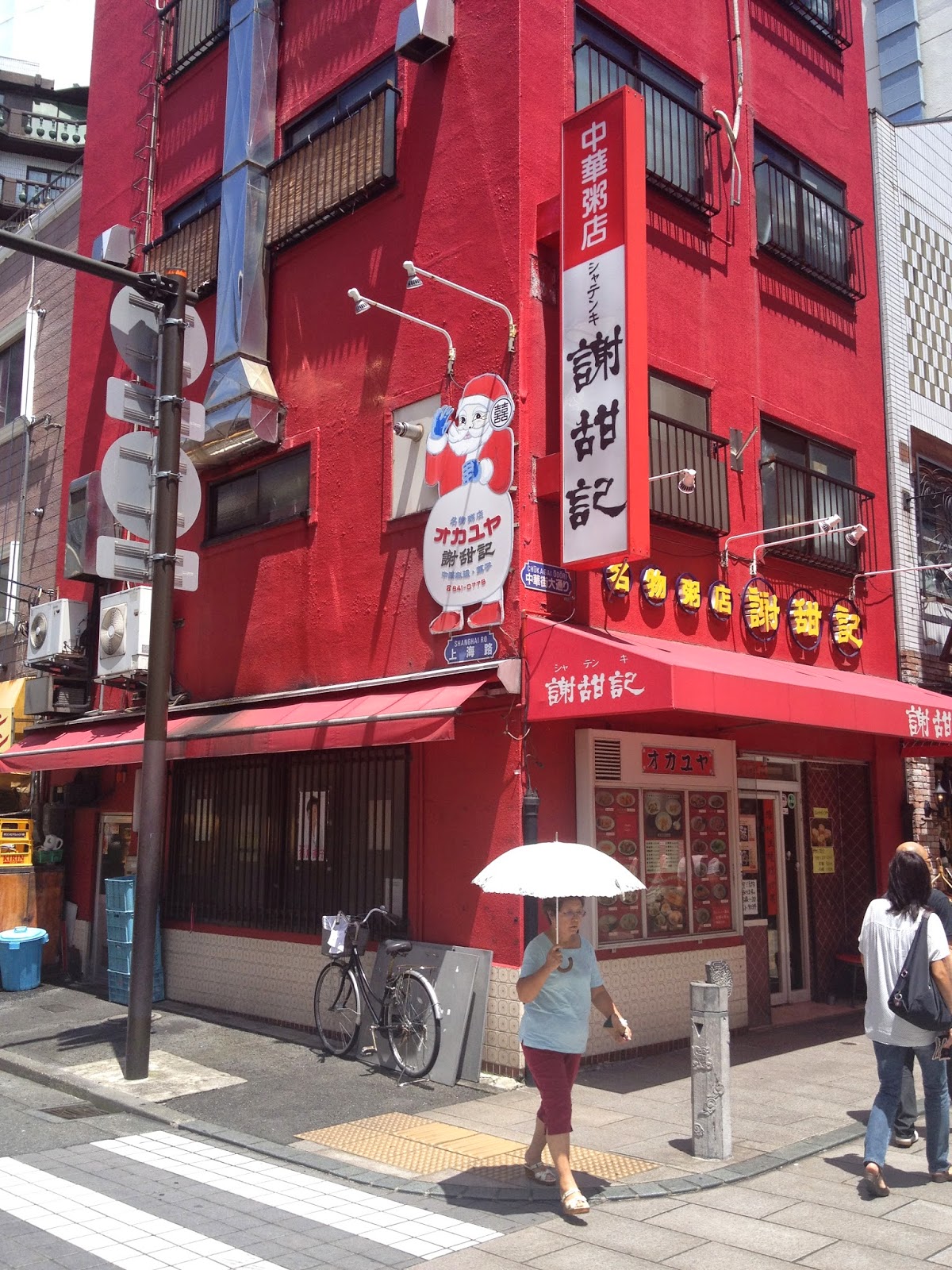 We were getting close to midday and the outdoor temperature was rapidly increasing to the point of being able to melt rock, we went to get something to cool off. We found a small café type establishment specialising in iced drinks.  We each opted for an iced drink and a sundae to help cool off.
As we had reached the end of Chinatown, we headed down to the bay.  Something that caught our attention was an old ship docked. The ship was the Hikawa Maru, a liner launched in the 1930’s and now preserved as a museum ship. The sounded interesting to we decided to have a look around.
On our way to the Hikawa Maru, I couldn’t help but notice a large number of jellyfish in the water (I sure wouldn’t want to fall in there) and a water taxi featuring Pikachu. As expected, Pokemon is still very popular.
When buying our tickets we had the option to buy a combined ticket that includes Marine Tower (an observation tower). If the tower doesn’t interest you, just buy the Hikawa Maru ticket as it’s very cheap in its own. The combined ticket offers a nice saving if you do wish to visit the tower.
Rather than follow a guided tour, we had a look around at our own pace. Most of the exhibit notes included English translations to they were quite easy to follow. Areas of the ship that are open to the public form the marked off tour route and this is linear so you don’t have to worry about getting lost.
The interior of the ship was restored to the original 1930’s art deco design when the ship was converted in to a museum back in 2008.  I recommend the Hikawa Maru to both those who are interested in maritime history and those with an interest in classic art deco design.
One word of warning I do have is for when you get to the engine room. It appears that Hikawa Maru had a rather short crew back in the day, so if you are tall at all, watch out and make sure you don’t bang your head on the ceilings.
After touring Hikawa Mari, it was just a short walk to Marine Tower. It’s a short walk in theory at least, in practice I was having to stop for water frequently – with a distance of 500m or less that was rather embarrassing.
Marine tower itself offers some great views of Yokohama and has observatories on two floors, there is no significant distance between them so it’s not like the 150m/300m floors in Tokyo Tower.  Entry to the tower is through what I call “the great glass elevator”.  One word of caution, if you’re not particularly good with heights I should point out that there is a slight draft which can be a little… disconcerting.
The lift took me to the upper of the two floors, this is for entry only.  The lower floor is used to enter the lift to return.  I expect this is simply to aid in “traffic management”.


By this point the temperature had started to lower a little so we were able to explore a few more areas, including a famous market.  There is a sizable outdoor market along with some indoor sections in old brick warehouses.  The warehouses were constructed in a European style not long after the port of Yokohama was opened to international trade.
We also noticed a music festival on so there was some added entertainment.  I'm not sure what they were singing, but it certainly was unusual.
As we didn't have much longer before we were due to return to Misato, the three of us headed back to Chinatown for a sit down meal.  The restaurant we opted for was squirrelled away in one of the side streets. It's not somewhere we would have been able to locate on our own but there are many "promoters" for such restaurants on the main street.  With the restaurant we chose, they actually had their menu available on a board on the main street the the restaurant employee/promoter was able to show us where it can be found.  It's an unusual strategy but I suppose it's a necessity if the smaller restaurants (and the ones on the side streets) want to compete with the main street.
After eating enough food between the three of us to feed a reasonable sized army, it was time to return.
Posted by Daniel Snowden at 21:56